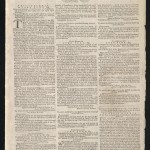 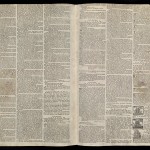 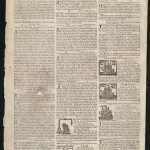 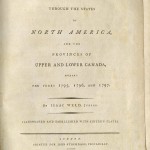 Travels Through the States of North American Title Page 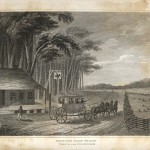 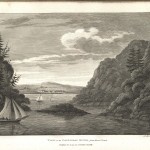 View of the Patowmac River

This December, for the third year in a row, the Rare Books Division received a wonderful donation from Dr. Ronald Rubin of New York. Thanks to his generosity, copies of John Russell Bartlett’s Personal Narratives of Explorations and Incidents in Texas, New Mexico, California and Chihuahua, London, 1854 and Edwin Welles Dwight’s Memoirs of Henry Obookiah, A Native of the Sandwich Islands, New York, 1819 have been added to the division’s assets.

In December 2011, Dr. Rubin donated a copy from the first edition of Ethan Smith’s View of the Hebrews, Poultney, Vermont, 1823.

In December 2010, Dr. Rubin donated a copy from the first edition of Isaac Weld’s Travels Through the States of North America and the Provinces of Upper and Lower Canada, During the Years 1795, 1796, and 1797, London, 1799. The Rare Books Division used this book to introduce its 2011 exhibition, “Are We There Yet?: Westward Exploration and Travel in North America.”

Dr. Rubin is professor of political science at the City University of New York, a noted Americana antiquarian collector and philanthropist. He has also donated rare and valuable books to Yeshiva University, his alma mater. When asked by an excited but timid managing curator, “What made you think of us?,” he replied, “I’ve heard good things about you.”

The Rare Books Division is grateful for Dr. Rubin’s interest in helping us fulfill our commitment to serve Utah students, faculty and community with exceptional collections.