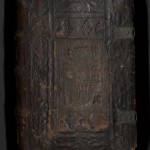 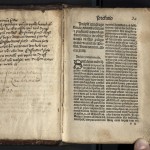 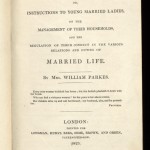 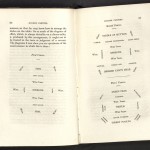 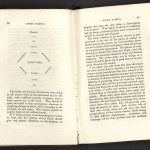 Produce vivid blue prints from opaque silhouettes, hand-drawn imagery, transparent photocopies, ortholithographic film, or digitally produced transparencies. With a simple set-up that can be repeated at home, expose hand-coated sheets to natural light for a unique, tactile photographic print. A thrilling new technology in the 1840s, the cyanotype is celebrated today for its hand-generated possibilities through low-tech practices.

Instructor Marnie Powers-Torrey holds an MFA in photography from the University of Utah and a BA in English and Philosophy from Boston College’s Honors Program. She is the Managing Director of the Book Arts Program and Red Butte Press, an Associate Librarian (Lecturer), and academic advisor for the minor and certificate in book arts. Marnie teaches letterpress printing, artists’ books, and other courses for the Book Arts Program and elsewhere. She is master printer for the Red Butte Press, harnessing the mighty printing power of a full staff of excellent printers. A founding member of the College Book Arts Association, she served as Awards Chair for three years and currently serves on the board of directors. Her work is exhibited and held in collections nationally.

From the colophon: “This special edition…is limited to 100 numbered copies, each including an original cyanotype printed in 1996 by James Hajicek from a vintage dry plate negative in the collection of Jeremy Rowe…” University of Utah copy is no. 92, signed by the author.