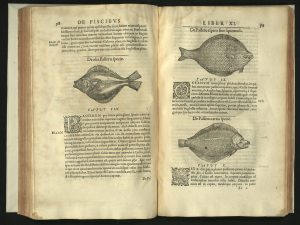 “…in which true images of fish are displayed.”

Guillaume Rondelet was one of the first of sixteenth century scientists to break with the eighteen-hundred-year-old tradition among natural historians of quoting or commenting on Aristotle’s knowledge of animals and begin the practice of gathering and reporting information gained firsthand. This book contains accurate illustrations of the egg cases and immature eggs of several fish, based upon Rondelet’s own meticulous studies. The work is an example of the change in attitude about science in the sixteenth century. 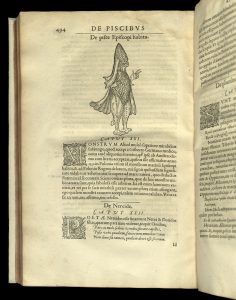