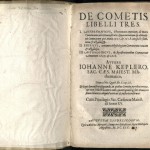 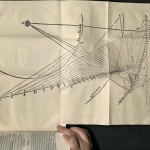 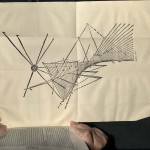 Johannes Kepler, a staunch supporter of Galileo, extended the Copernican heliocentric theory of the universe with his three laws of motion, including the revolutionary premise that the planets move not in circular but in elliptical orbits. A mathematician and astronomer, Kepler became Imperial Mathematician to the Emperor Rudolf II of Prague in 1601. After the emperor’s death, Kepler faced religious persecution and for this reason moved often until his death in Regensburg.

As a scientist, Kepler recognized that astrological beliefs were based on superstition, but as a man of his age he nevertheless tended to share those beliefs. This thinking included the belief that comets presaged evil and disaster.