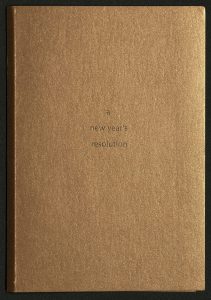 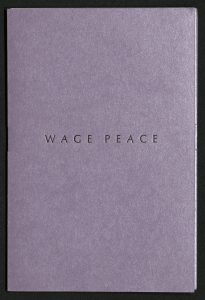 Statement for the new year printed on gold and copper board in a Jacob’s Ladder structure. Housed inside printed folder, as issued. Rare Books copy is from the library of Gabriel Rummonds. 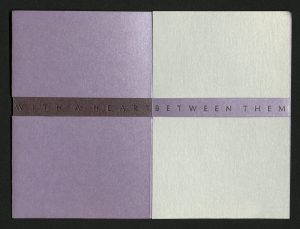 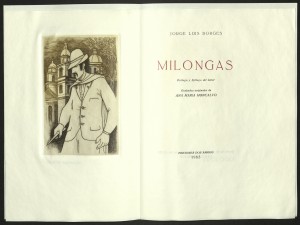 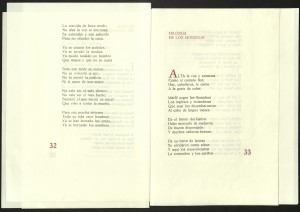 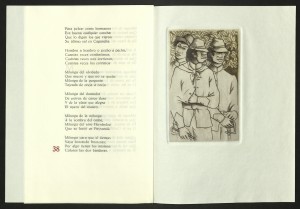 Milongas, or lyrics, are Argentinian folksongs, often dealing with the exploits of bandits, and sometimes set to the music of the tango. Illustrated with etchings printed in sepia and black by Ana Maria Moncalvo. Designed by Samuel Cesar Palui. Text hand set and letterpress printed in magenta and black. Issued in case. Bound loose in handmade Japanese green paper wrappers and housed in custom-made blue clamshell box. Edition of one hundred copies on Schoeller blanco, numbered 1 through 100. University of Utah copy is no. 19. Gift of Gabriel Rummonds. 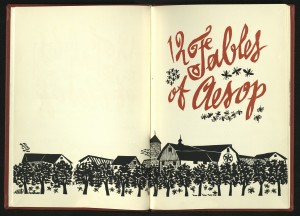 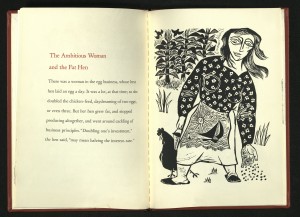