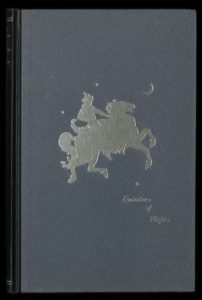 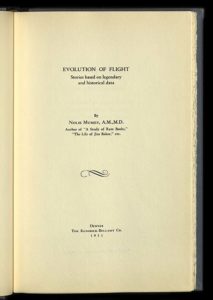 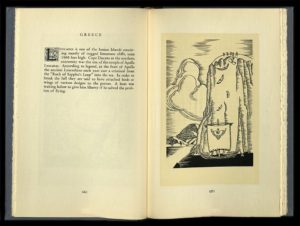 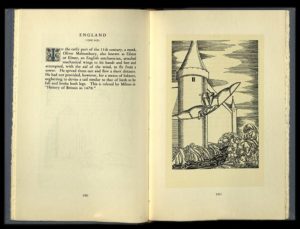 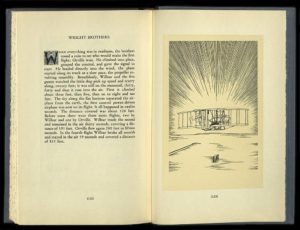 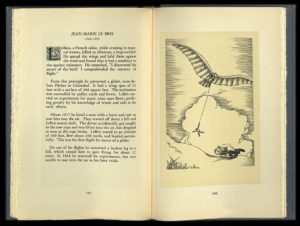 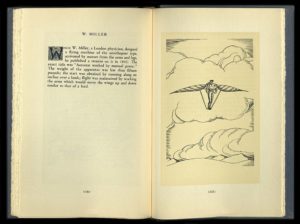 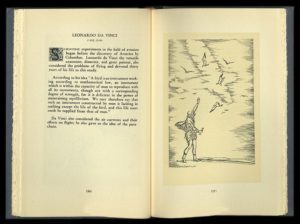 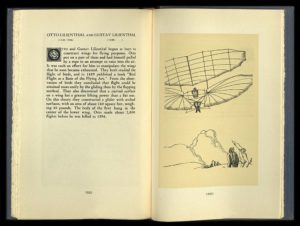 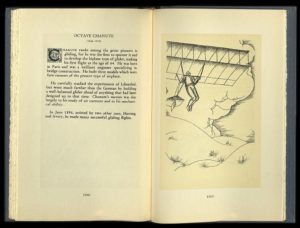 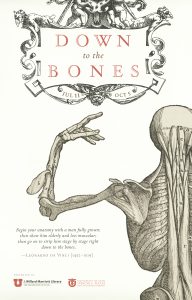 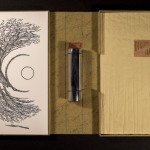 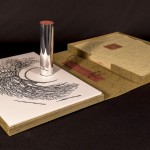 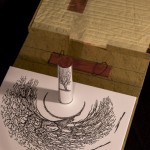 Short story printed on white linen paper made by Le Papeterie Saint-Armand paper mill in Montreal, Canada. Binding is Saint-Armand’s Green Umbrella cover paper. Woodcut by Aaron Johnson. The woodcut is seen by using a reflective polymer mirror in a technique called anamorphic art, first recorded in a codex of Leonardo da Vinci. Book, mirror and woodcut housed in cloth-covered portfolio box covered in green Japanese cloth. Edition of one hundred and twenty, signed by the author and the artist. University of Utah copy is no. 53.