Otto F. Ege (1888-1951) created an American middle class market for medieval manuscript pages through a method offensive to present-day librarians and curators: the dismemberment and dispersal of two hundred manuscripts through the sale of their leaves to libraries and museums across the nation. Otto Ege’s Manuscripts is a comprehensive bibliography of Ege’s manuscript leaves held in more than one hundred North American collections, enabling the reconstruction of those dismembered manuscripts. The Rare Books Division, Special Collections, J. Willard Marriott Library holds some of these leaves. 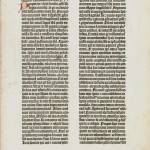 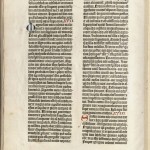