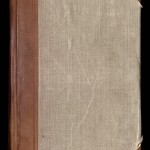 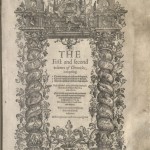 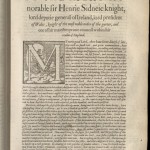 Introduction to the History of Ireland, 1587

A monumental history of England, Ireland, and Scotland, the profusely illustrated first edition of Chronicles was published in 1577. The second, enlarged edition was published in 1587. It is in three folio volumes (usually bound as two). The type is black letter in double columns. The pages are standard folio size, and the second edition is without illustrations. The text runs to about 3.5 million words, roughly equal to the total of the Authorized Version of the Bible, the complete dramatic works of Shakespeare, Boswell’s Life of Johnson, and War and Peace combined. The Chronicles are remembered not for themselves but for one of their readers – William Shakespeare.

The Chronicles were an important source for thirteen of Shakespeare’s thirty-seven plays. It was the 1587, second edition which Shakespeare read.