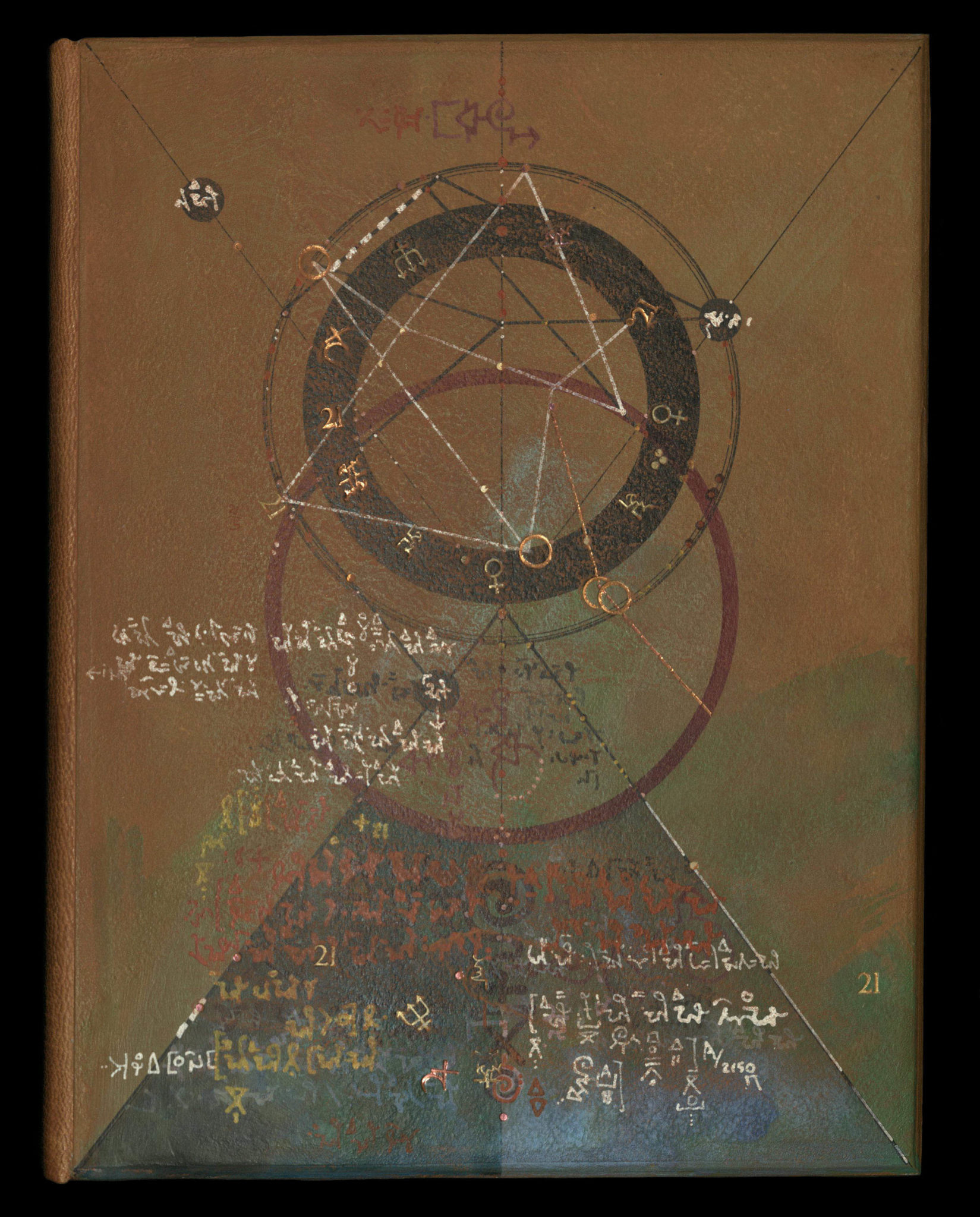 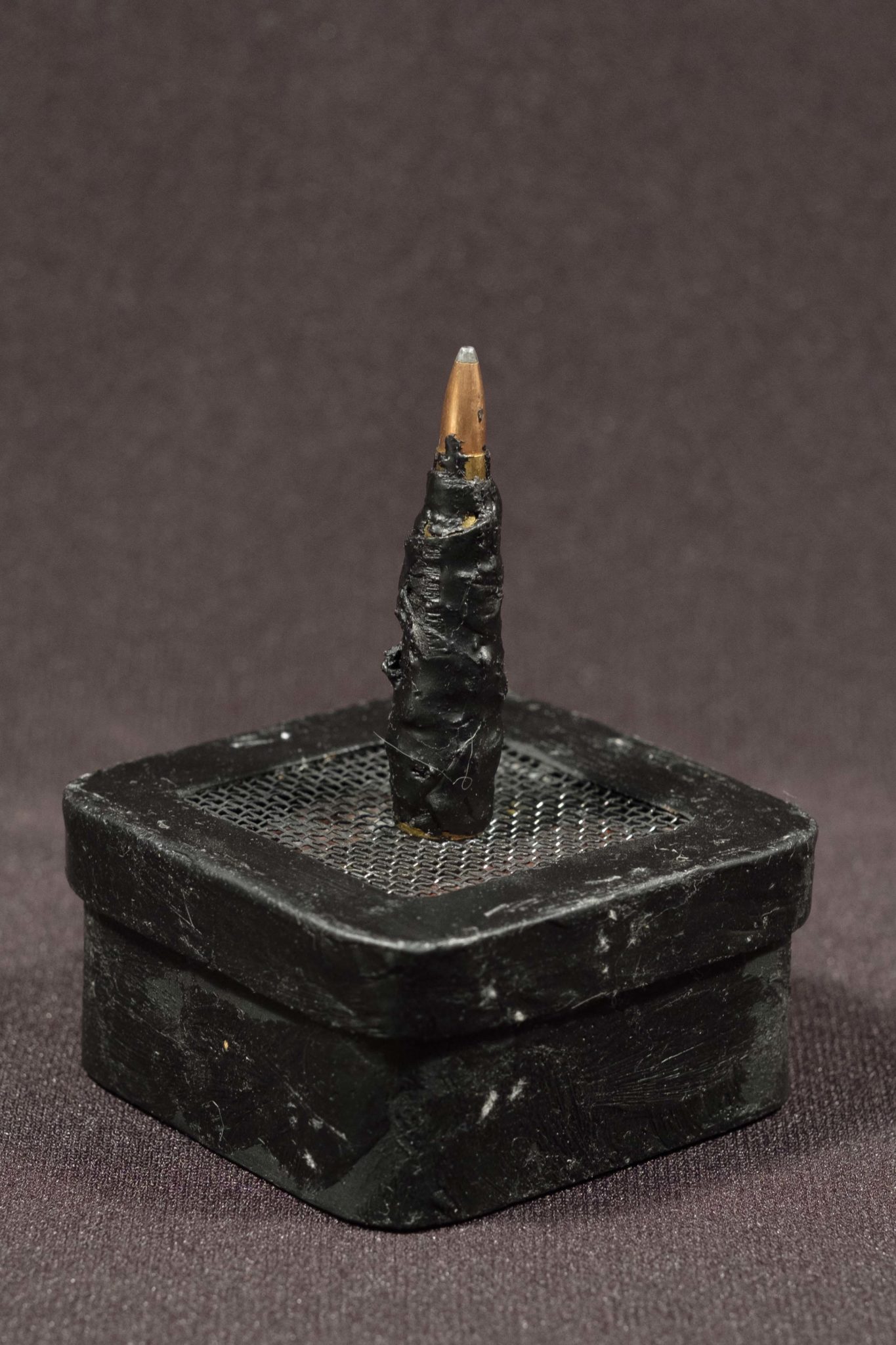 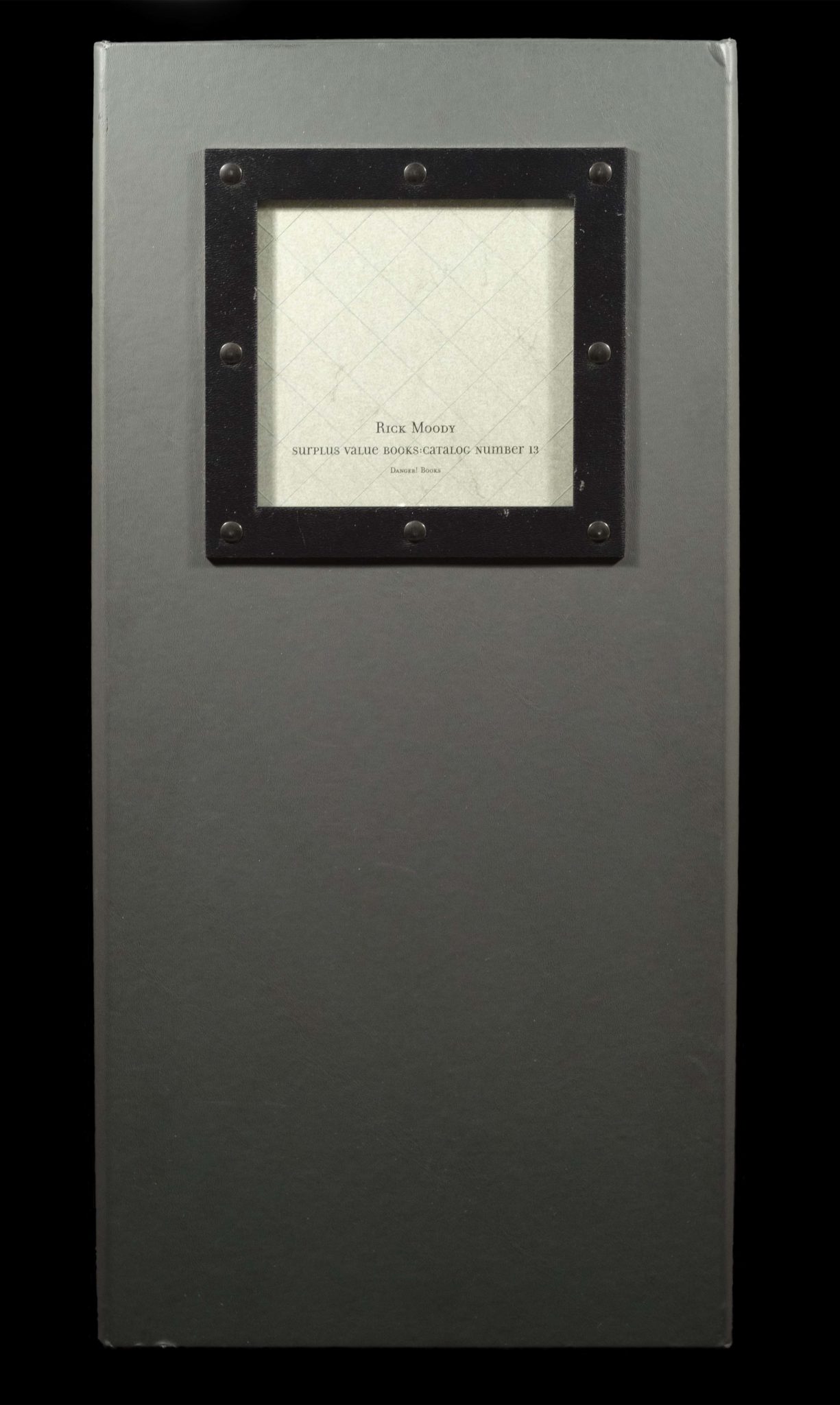 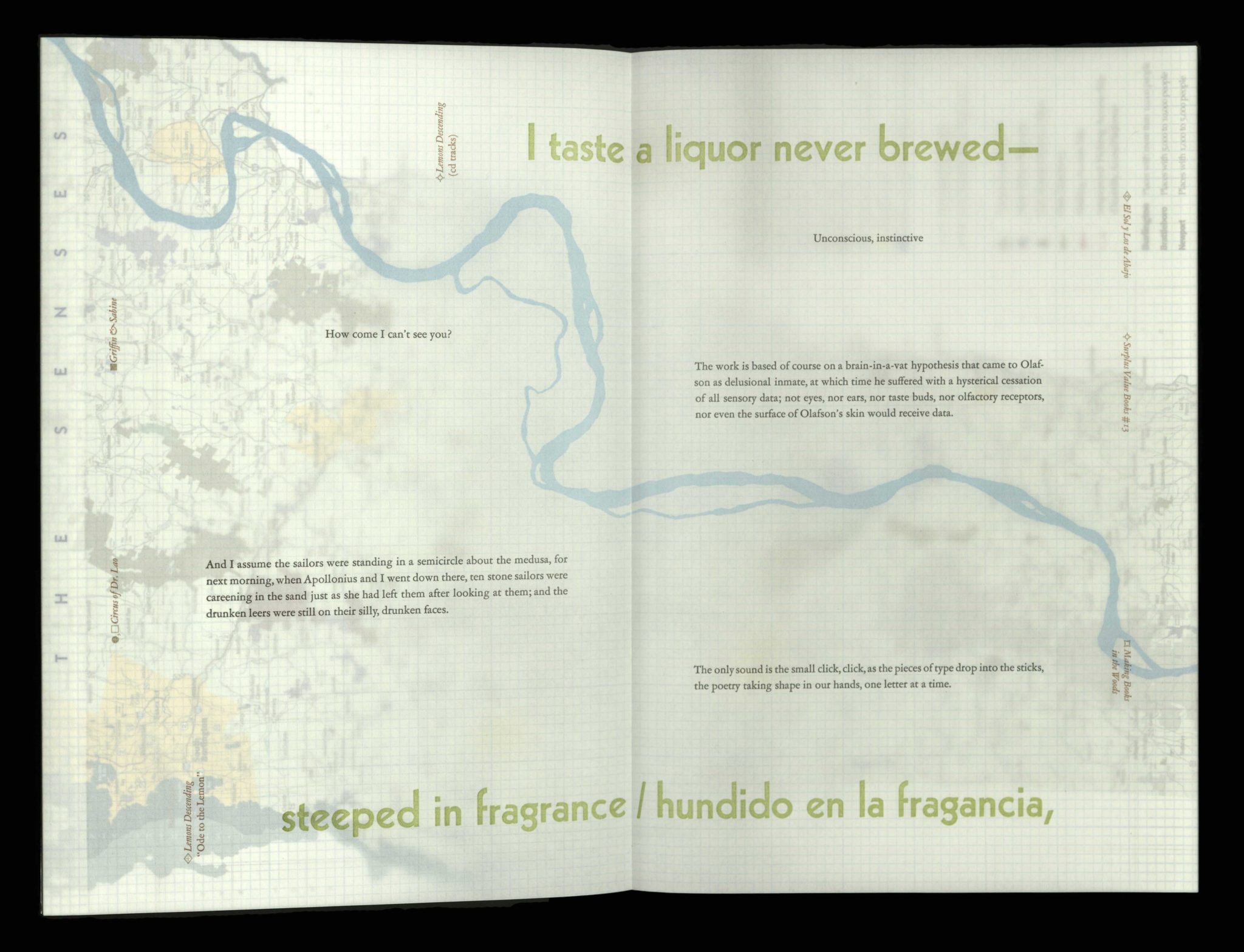 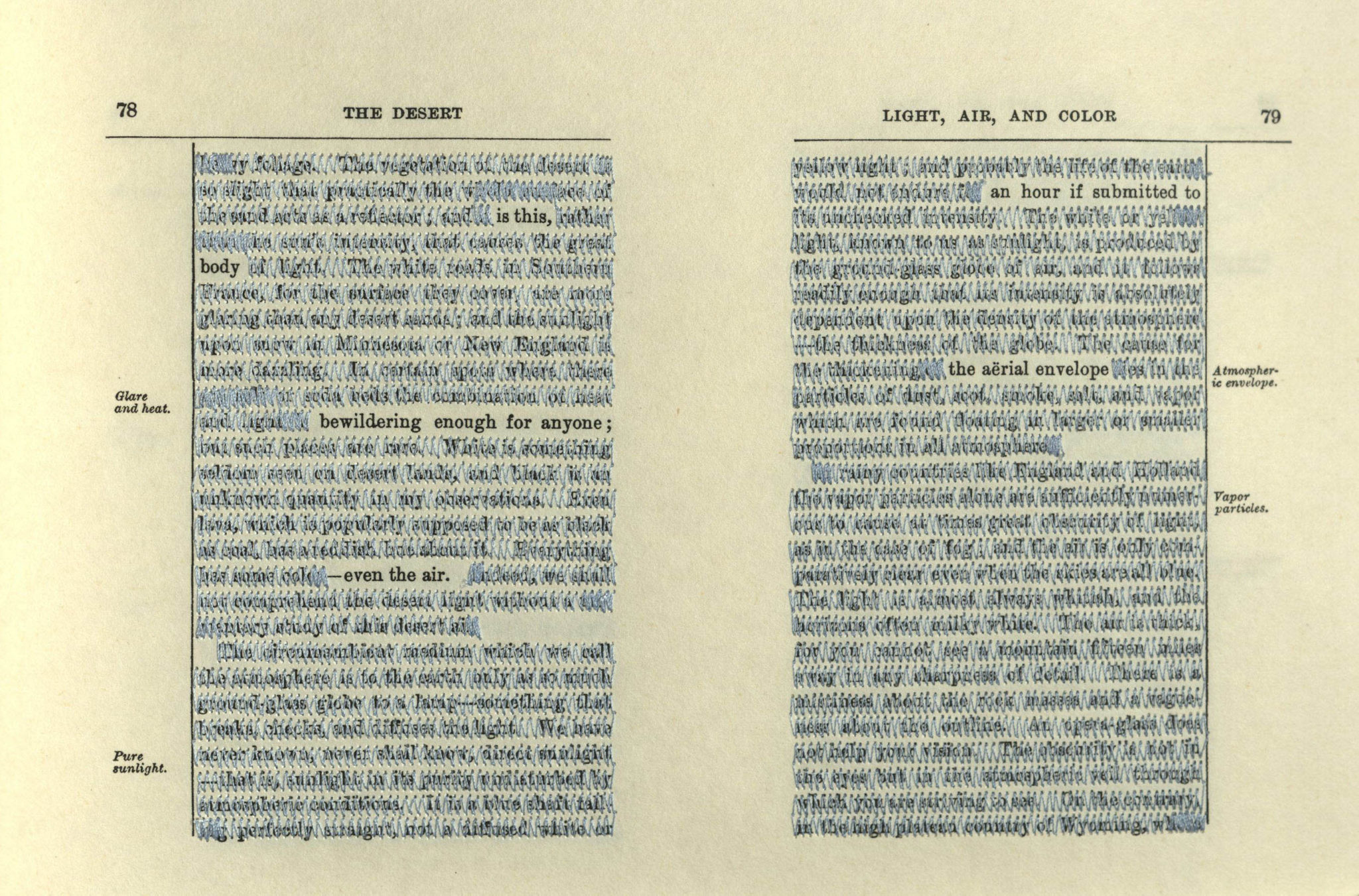 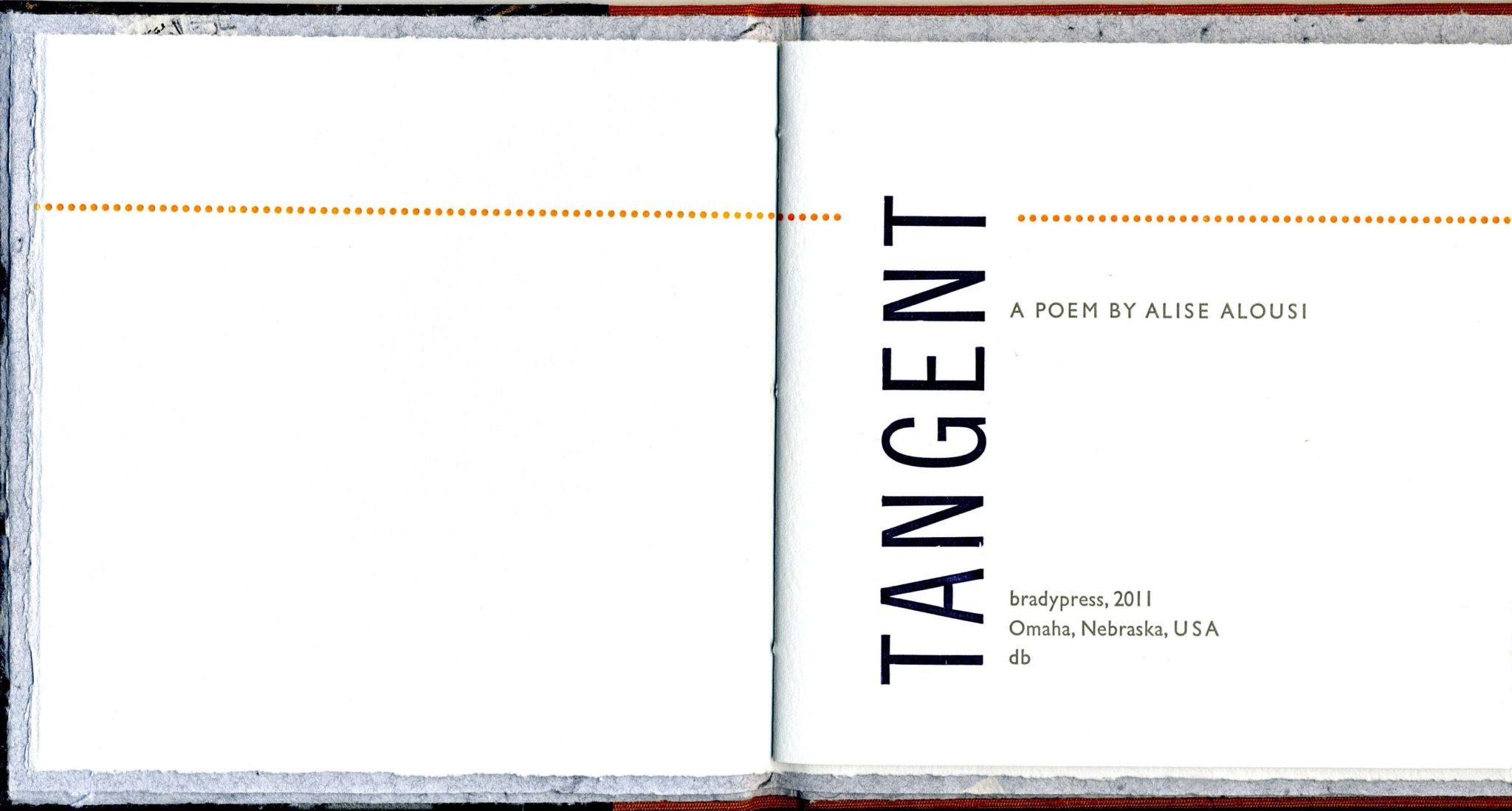 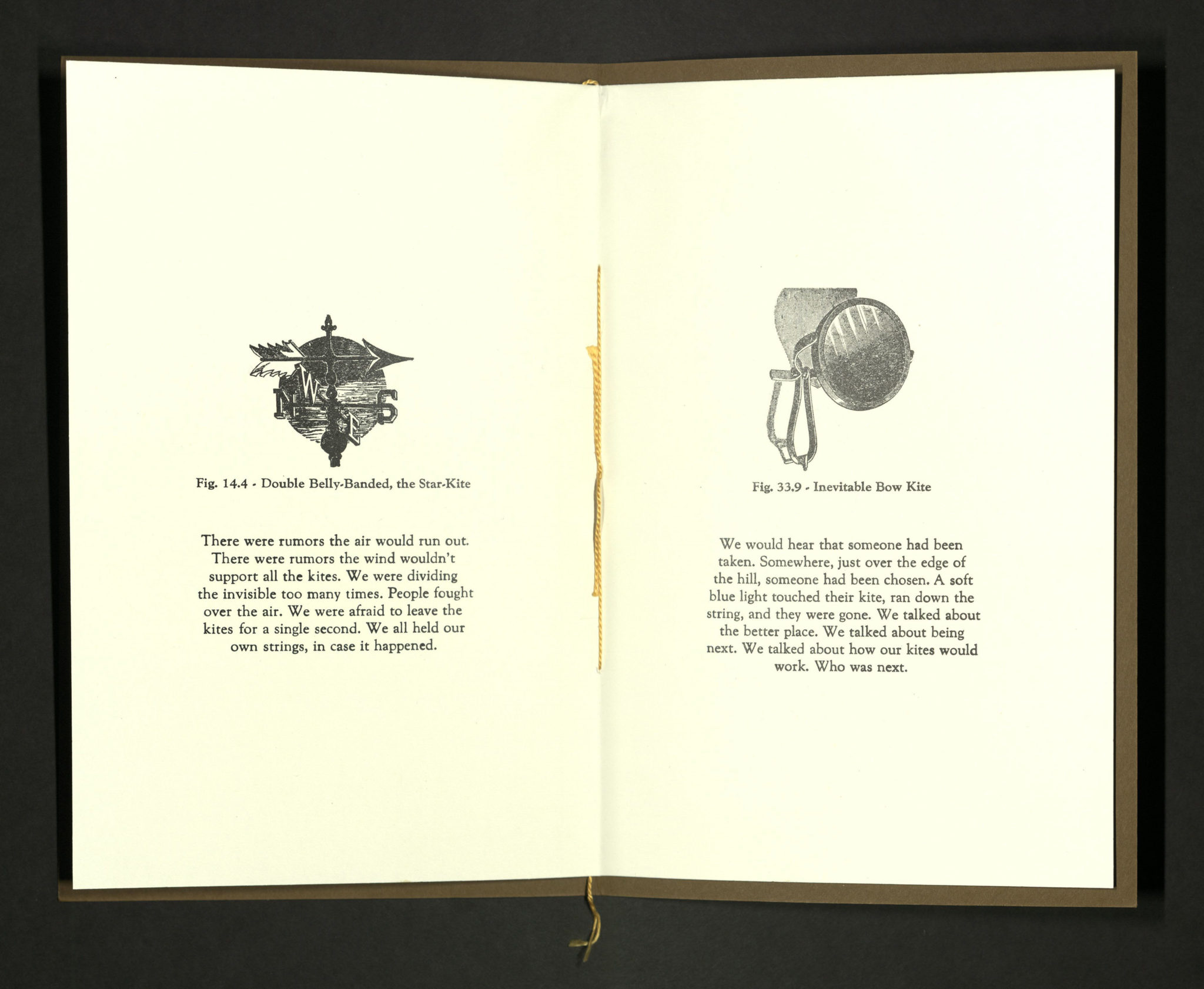 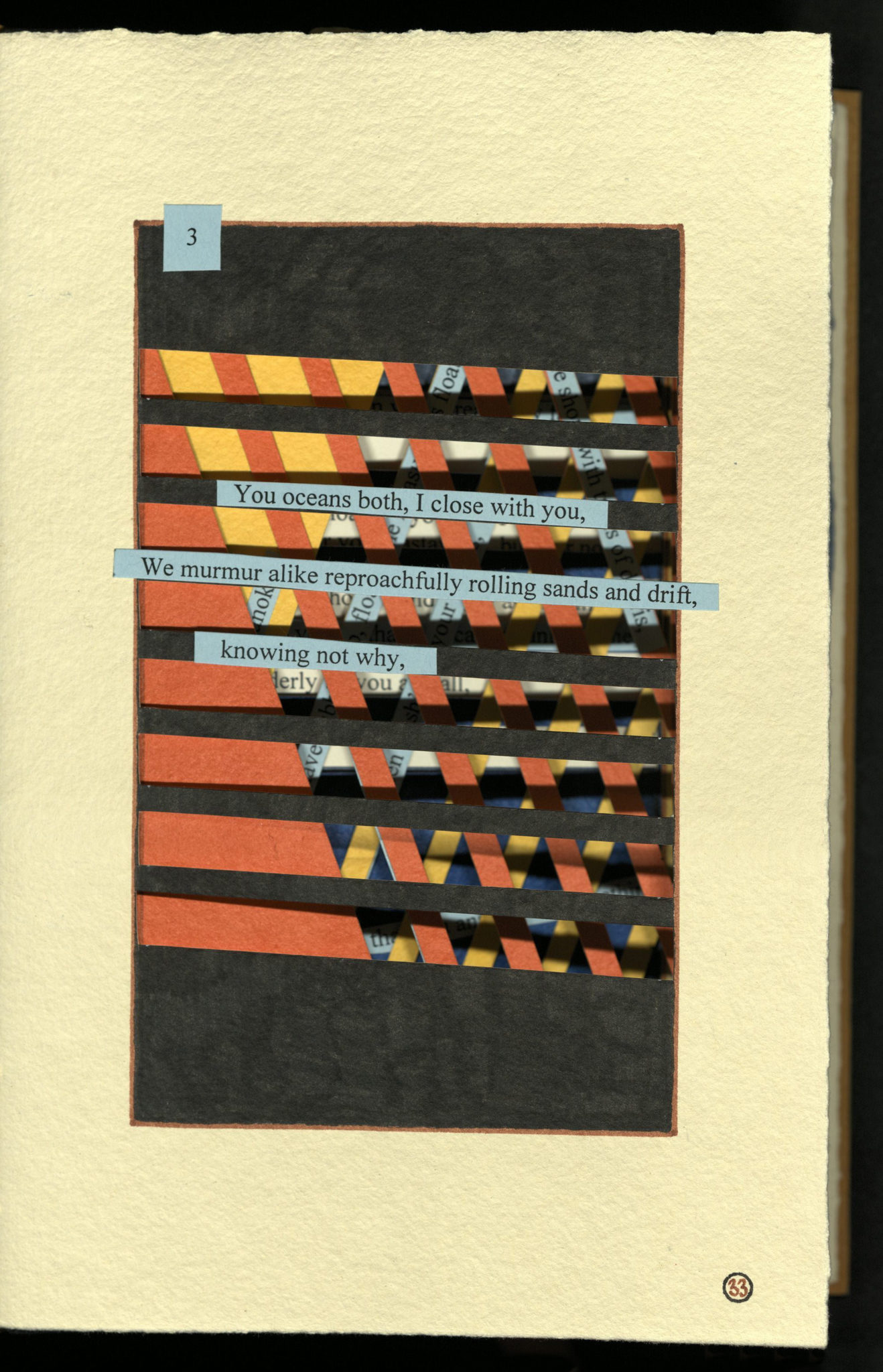 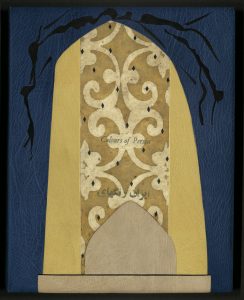 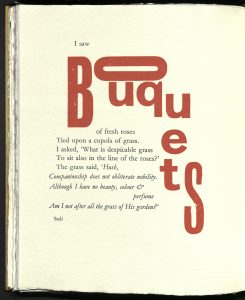 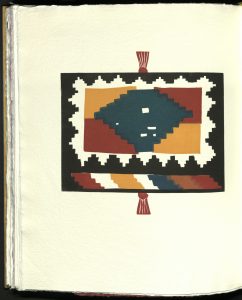 “You oceans both, I close with you,
We murmur alike reproachfully rolling sands and drift,
knowing not why,
These little shreds indeed standing for you and me and all.” From the artist’s statement: “both a hunt for, and a despair of, meaning. The ‘Likeness’ that the poet recognizes in the sea-tossed windrows of: ‘Chaff, straw…’ describe a purposeless world…[Whitman’s] life persistence after the abyss has looked us in the eye, is heroism. By setting the text on diagonals and verticals at odds page to page, the book captures the poet’s bleak mood. Whitman’s own resolution takes the visual form of bright colors, and a text that meanders – in and out as the tide – but does not dissipate.”