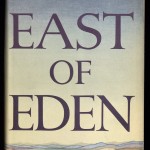 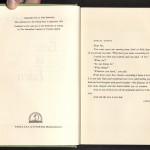 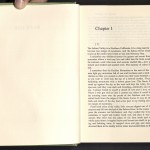 This is the story of two American families between the Civil War and World War I. Of this retelling of the tale of Cain and Abel, John Steinbeck wrote, “[it] has everything in it I have been able to learn about my art or craft or profession in all these years…I think everything else I have written has been…practice for this.” He later called the novel, “the story of my country and the story of me.”

A contemporary reviewer wrote, “Steinbeck is never dull and, even if you miss his message, you’ll not be bored. There is only one Steinbeck and no one writes about ‘his people’ as well.” However, the novel was not generally well-accepted by most reviewers at the time, who judged it heavy-handed and pedantic.

Ten years later, Steinbeck would be awarded the Nobel Prize for Literature. East of Eden, published in September of 1952 was number one on the bestseller list by November of that year. It has never gone out of print.