From W. Paul Reeve’s Religion of a Different Color: Race and the Mormon Struggle for Whiteness (Oxford University Press, 2015), illustrations from political cartoons of the late 19th and early 20th centuries highlighting two themes: polygamy as the racial corruption of the white family and polygamy as slavery.

Dr. Reeve’s thesis is that outsiders projected their own fears of race mixing onto the Mormons. In their minds, polygamy was not merely destroying the traditional family, it was destroying the white race. 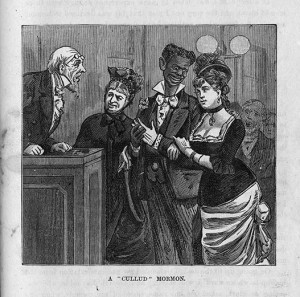 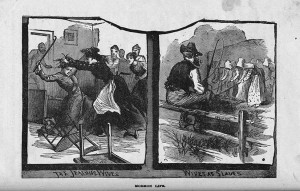 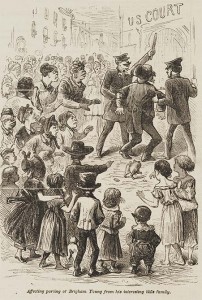 1 thought on “We recommend – Black, White and Mormon”