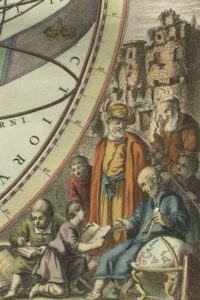 Open Book is moving to a new venue with a new look. University of Utah campus marketing says so. Our faithful followers will be moved seamlessly and effortlessly from our current home to our new home. Our IT angels say so.

Open Book is the first blog to be continually produced on behalf of the Marriott Library. Open Book began in a shy and quiet way as Rare Books News in April 2011. In August 2013 we gained the sponsorship of the library, which meant no more ads. Yay.

On Monday, October 1st, we officially join the Marriott Blog and its various constituents from throughout the library. Good company, indeed. 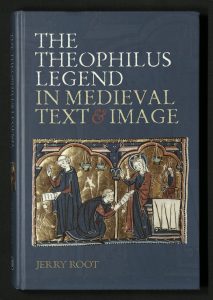 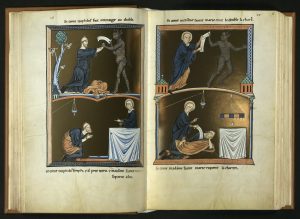 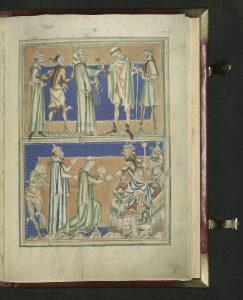 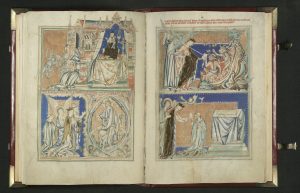 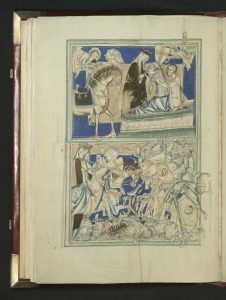 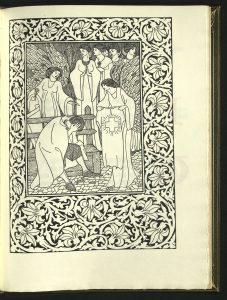 “Enter Two Angels in white, with scarlet wings;
aso, Four Ladies in gowns of red and green; also
an Angel, bearing in his hands a surcoat of white,
with a red cross.”

Originally published in 1859, this was William Morris’s first published poem in book form. The poem, about the reaffirmation of a doubted faith, was illustrated by Helen Marguerite O’Kane (1879-1927) and printed in black and red by her husband, Clarke Conwell. Decorated borders and two full-page pictures illustrate the text. The typesetting of this book is somewhat controversial. Early critics called it ostentatious. Later, others argued that the page size carries the bold, striking type well. Printed on handmade paper. This copy is bound in full green crushed morocco. The spine is gilt with raised bands decorated with gilt borders with floral designs. Leather inlays are on the front and back covers. Gilt also borders the inside covers over marbled endpapers. Edition of one hundred and eighty copies. 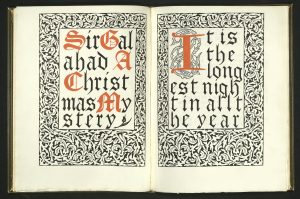 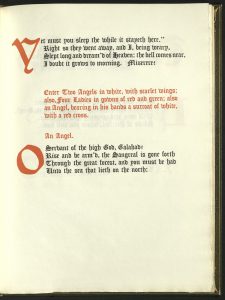 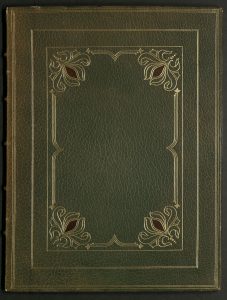