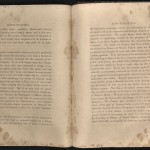 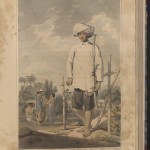 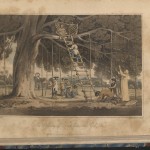 A Voyage to Cochinchina, in the Years 1792 and 1793: containing a general view of the valuable productions and political importance of this flourishing kingdom, and also of such European settlements as were visited on the voyage: with sketches of the manners, character, and condition of their several inhabitants…
Sir John Barrow (1764-1848)
London: Printed for T. Cadell and W. Davies in the Strand, 1806
First edition
DS506 B37 1806

John Barrow traveled with the Earl of Macartney to Cochin China, now known as Vietnam; Madeira; Jamaica; Rio de Janeiro; Java; and Djarkarta as part of the first British embassy to China, from 1792 to 1794. Barrow acted as official interpreter to the Emperor of China, who was contemptuous of the entire mission and dismissed it almost immediately. The Edinburgh Review, October 1806, was as underwhelmed with the Barrows book as the Emperor was with the British: “His views are often narrow, and oftener unsound…deceived by imperfect information.” Barrow had published a work on his travels to China in 1804 and was known as an expert on the Orient. His work evinced a belief in the superiority of British civilization. His extensive notes on Cochin China range from its history to particulars about its art, architecture, and religious ceremonies. According to Barrow the substance of his writings were taken from a manuscript memoir by Captain Barissy, a French naval officer who had commanded a frigate in the service of the King of Cochinchina. Barrow was the son of a Lancashire tanner, educated in the local grammar school. He became a teacher of mathematics to young men headed for a career in the navy. Illustrated with nineteen aquatint plates taken from drawings by William Alexander who also traveled with Macartney. This is the first illustrated English work on southern Vietnam. 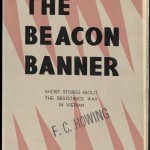 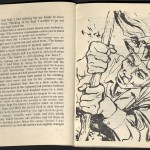 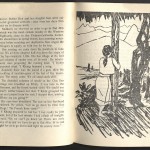 Illustrations by Phan Ke An. 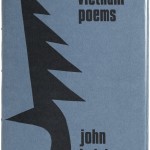 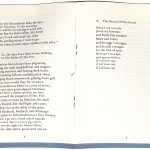 During the Vietnam War, John Balaban performed alternative service as a conscientious objector. He went with the International Volunteer Services to Vietnam where he taught until the Tet Offensive during which he was wounded in the shoulder by shrapnel. Balaban has been awarded The Academy of American Poets’ Lamont prize, a William Carlos Williams Award from the National Poetry Society of America, a John Simon Guggenheim Fellowship and was twice nominated for the National Book Award. He was named the 2001-2004 National Artist for the Phi Kappa Phi Honor Society. In addition to writing, he is a translator of Vietnamese poetry. He is Poet-in-Residence and Professor of English in the creative writing program at North Carolina State University in Raleigh. Edition of six hundred copies. 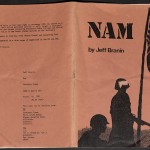 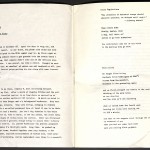 Jeff Branin served a tour of duty in the Vietnam War in 1968 and 1969, building bunkers and latrines and serving as a replacement commanding officer. In these poems Branin writes of rocket attacks, casualties, atrocities against civilians and sexual misadventures using the jargon of the Vietnam-era US soldier. 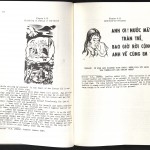 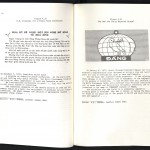 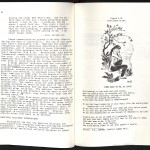 This book focuses on advertisement techniques used as propaganda by the United States during the Vietnam War. Many of these pieces were taken by American anti-war campaigns for use in their own material. Chandler writes that US propaganda in Vietnam was targeted toward three groups: communists and communist supporters in South Vietnam, masses and elite in North Vietnam, and non-communists in South Vietnam. University of Utah copy gift of Walter Jones, as part of his Collection on the Vietnam and Indochina Wars, donated to the J. Willard Marriott Library in 2011. 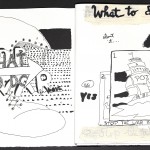 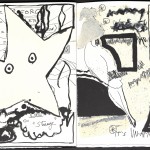 Ted Berrigan was a poet at the epicenter of the sixties literary underground. He served in the US Army, sent to Korea in 1954, where he did not see action. He earned a BA in 1959 and an MA in 1962 from the University of Tulsa under the GI Bill. George Schneeman received a BA in Philosophy and English Literature from St. Mary’s College, began graduate work in English Literature at the University of Minnesota and then enlisted in the US Army. Posted in Verona, Italy, Schneeman began painting. From the colophon: “First made as a one-of-a-kind collaborative book in 1967-68…The present edition is a simulation of the original…” From Granary Books: “The original was passed back and forth between Ted Berrigan and George Schneeman for about a year, remaining in the hands of one or the other for weeks or even months at a time – poet and artist each adding, subtracting, working over words and images. The material used were pen and ink, white acrylic paint and collage…The ‘finished’ project languished in a drawer in Schneeman’s studio on St. Mark’s Place for thirty years. Produced when the Vietnam War was rapidly escalating, this work is by turns surreal, incisive, hip, outrageous, cartoon-like, flip, sinister, humorous, dreamy, sarcastic, witty – always right on target – a vivid evocation of the times and the broad range of emotional responses to the War.” Letterpress printed in several colors from magnesium plates on Rives 300 gm paper by Philip Gallo at The Hermetic Press. Unbound gatherings in a plexiglass case. Edition of seventy copies, twenty lettered (a-t), hors de commerce. University of Utah copy is no. 42, signed by Berrigan and Schneeman. 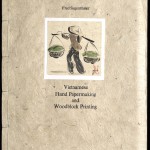 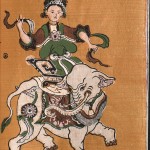 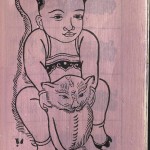 Fred Siegenthaler writes on the nearly extinct traditional manufacture of paper in Vietnam: processes of making inks, paper, and printing. The book includes paper and print samples from Dong Ho, a village famous for its woodblock printing, located just outside of Hanoi. Included are fourteen different original hand papers and six colored original woodcuts. From the colophon: “The text of this book is printed on paper made of Rhamnoneuron blansae…handmade multilayered Daphne paper from Nepal was used for the cover of the book.” Edition of fifty copies, signed by the author. In 1968, C. David Thomas joined the US Army and was sent to Pleiku, South Vietnam as a combat engineer and artist. Thomas drew a picture of a fellow soldier’s girlfriend. In lieu of payment for the drawing he asked his friend, who worked in personnel, to change his records and shorten his stint in Vietnam from twelve to eleven months. Thomas was able to return to the United States weeks earlier than originally scheduled. The helicopter on which he routinely rode was shot down during what would have been the twelfth month of his tour of duty. There were no survivors. Thomas holds an MFA from the Rhode Island School of Design. He was a recipient of a Fulbright Scholar Grant to Vietnam. Thomas describes Christ Meets Buddha as autobiographical and a metaphor for his life. The digitally-created puzzle pieces contain religious imagery, war imagery, and family photographs. From the colophon: “These artist’s puzzle books are comprised of the six separate images…Each image is presented in its own linen box made by craftsmakers in Hanoi, Vietnam. All assembled puzzles are 29×23 inches made from twenty individual pieces. Each puzzle piece is printed using archival paper and ink by an HP Photosmart Pro B9180 inkjet printer. The pieces are then mounted on black felt and handcut…” Edition of ten copies. University of Utah copy is no. 1, signed by the author. 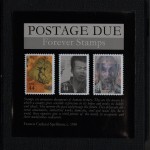 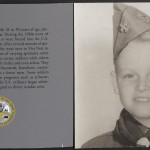 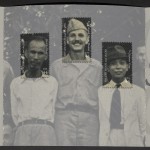 A series of unofficial postage stamps inspired by people and events from the Vietnam War era. From the introduction: “I never really thought about the importance of how we chose what images to place on our stamps until one day in 1995, when I went to the post office and asked for an interesting stamp. The woman behind the counter handed me a sheet of the recently issued Richard Nixon stamp. This stamp was issued only twenty years after he was forced to resign in disgrace as the 37th President of the United States. Needless to say, I handed them back to her with some choice words…in 1996 I went to the philately society in Hanoi, Viet Nam while doing research for a book on President Ho Chi Minh. I found dozens of stamps of Ho Chi Minh…and…a 1966 stamp depicting the shooting down of the 1,500 US aircraft brought down over North Viet Nam and one with the image of Norman Morrison, the man who immolated himself outside Robert McNamara’s office at the Pentagon. Just a few days before the US Post Office issued Robert Indiana’s LOVE stamp in 1973, the US heavily bombed the densely populated city Hanoi killing hundreds of innocent Vietnamese civilians…I have begun to understand the real power of this little jewel which may be the smallest form of propaganda available to all governments. These miniature posters travel all over the world…” Portfolio of unbound folded leaves issued in black linen box. Edition of twenty-five copies. University of Utah copy is no. 12, signed by the author.