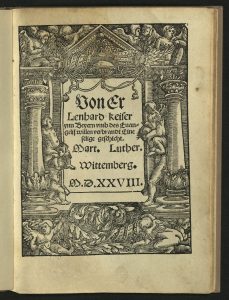 So, my beloved brother, strengthen yourself in the Lord and be confident in His mighty strength so that you recognize, carry, love, and praise with a glad heart the fatherly will of God. You will be free or not. Because you had the ability to honor his holy gospel, the Father of our Lord Jesus Christ will produce in you, after the wealth of his glorious grace, the understanding that He is a merciful Father and a God of consolation. — Loose translation by Jon Bingham

Leonhard Kaiser (1480-1527) studied at Wittenberg. He spread Martin Luther’s message through letters and books that he sent to friends. While visiting his dying father in Raab (Upper Austria), in 1527, he was arrested, imprisoned and interrogated. Kaiser had been openly preaching Lutheran doctrine. Charges against him included teaching justification through faith alone and other heresies; including his disapproval of confession and other sacraments, freedom of will, purgatory, the invocation of saints and the power of the papacy.

While Kaiser was in prison, Luther sent him a letter of consolation. Kaiser was burned at the stake in Bavaria on August 16, 1527.

This volume contains Luther’s letter to Kaiser, and a preface and conclusion by Luther; and a letter from Elector John of Saxony to the Bishop of Passau appealing for clemency on Kaiser’s behalf. The author of the account of the martyrdom itself is unknown. Kaiser’s execution quickly became infamous. This text was reprinted nine times in quick succession. 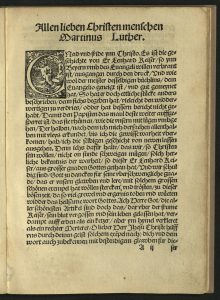 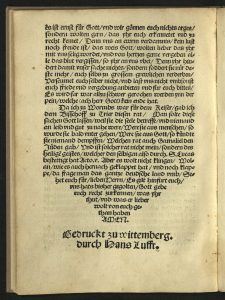 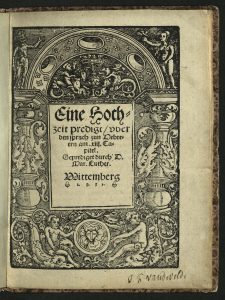 “For no adornment is above the Word of God, through which you look upon your wife as a gift from God.”

This is a wedding sermon preached by Martin Luther for an unnamed couple on January 8, 1531, on Hebrews 13:4: “Marriage should be held in honor among all, and let the marriage bed be undefiled; for God will punish whores and adulterers.” Luther’s sermon is a dark warning, at a presumably joyous occasion, to beware the temptations of boredom, curiosity, and shameful lust as threats to the sanctity of married life.

Luther wrote: “Those who are outside the marital estate and lead immoral lives, such as pimps, think marriage is nothing, but they despise and denigrate both God’s word and this estate, no matter how pious they pretend to be.” The married couple “are to make sure that they are careful to keep the marriage bed pure and unstained, which means that the wife keeps to her husband and the husband lets himself be contented with his wife.” Where this does not happen, God’s word, the beautiful jewel, is befouled with the devil’s filth and the marital bed is stained…” If, instead, one is mindful of God’s word, it will “create fear and hesitation, or actually loathing and horror” at the thought of adultery.

God’s word “will adorn your wife, so that even if she is hideous and hostile, impatient and obstinate, she will be more dear to you because of the word, and will please you more than if she were adorned with vanity and gold.” From the gutter of adultery and the horror of an odious wife, Luther elevates and edifies the beset husband: “For no adornment is above the Word of God, through which you look upon your wife as a gift from God.” 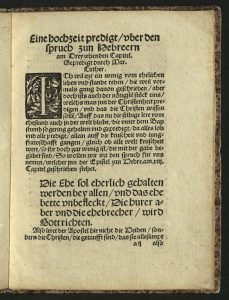 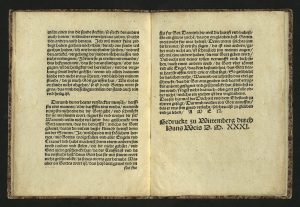 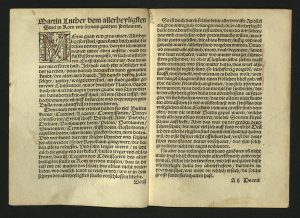 “For after which we have suffered the clamor of so many Bulls: Cardinals, Legates, Commissioners, Under Commissioners, First Bishops, Bishops, Abbots, Priests, Lords, Priors, Stationers, monastery messengers, convent messengers, chapel messengers, alter messengers, and bell messengers. And who can explain the speech of such harassing stuff? … But I believe their origin has not been this, but rather they were begun on a drunken evening when such Latin was being spoken. At a time when the tongue was lifted up and the future was explored with half a sail.” — loose translation by Jon Bingham

The first edition of this bull was printed by Melchior Lotter in 1522. Martin Luther (1483-1546) was excommunicated from the Roman Catholic Church on January 3, 1521. On April 15, Maundy Thursday, Pope Leo X published the bull “Consueverunt Romani Pontifices,” in which Luther’s name appeared for the first time on the Church’s list of heretics. Luther prepared this German translation of the bull with notes and an afterward. Luther, irony intended, dedicated the printing to Leo X as a “New Year’s gift.” Pope Leo died on December 21, 1521 and never received the gift.

Every Maundy Thursday the pope announced the excommunication of heretics, also naming the external enemies of the papacy. Bishops were required to publish these special bulls. In his 1521 bull, the pope included the Wycliffites, the Hussites, and the Fraticeli along with Luther. Luther entitled his response, the translation and printing in German of the bull, “Bull of the Supper-devouring Most Holy Lord, the Pope.” Luther commented that the bull could only have been written by a drunk. 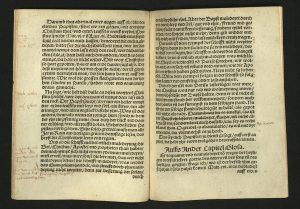 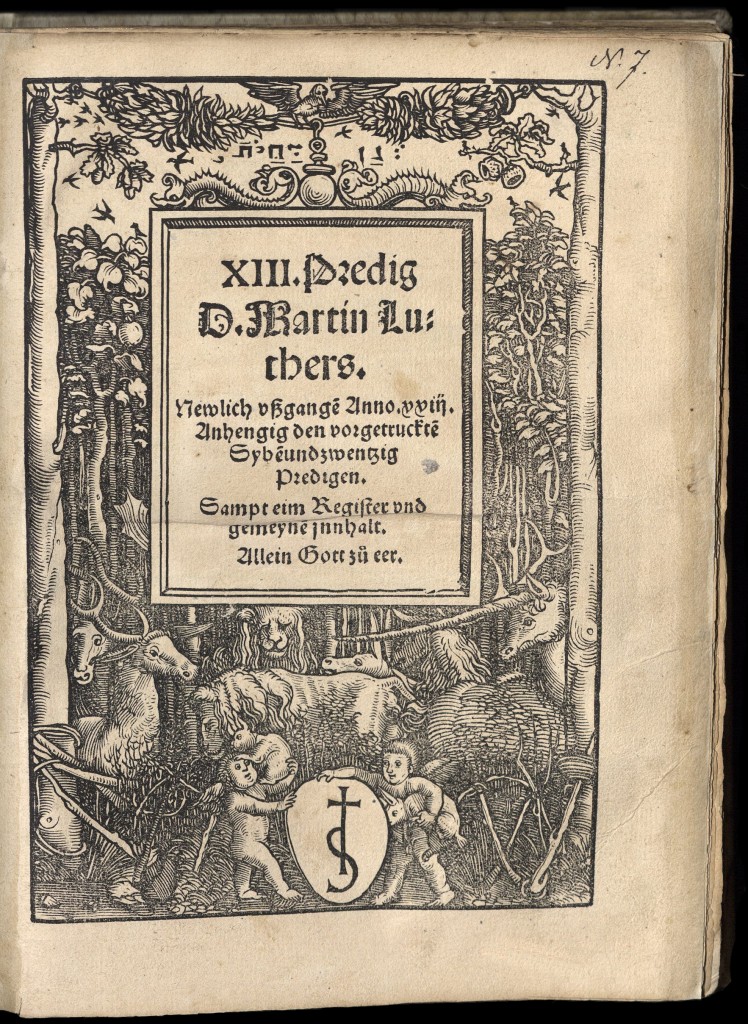 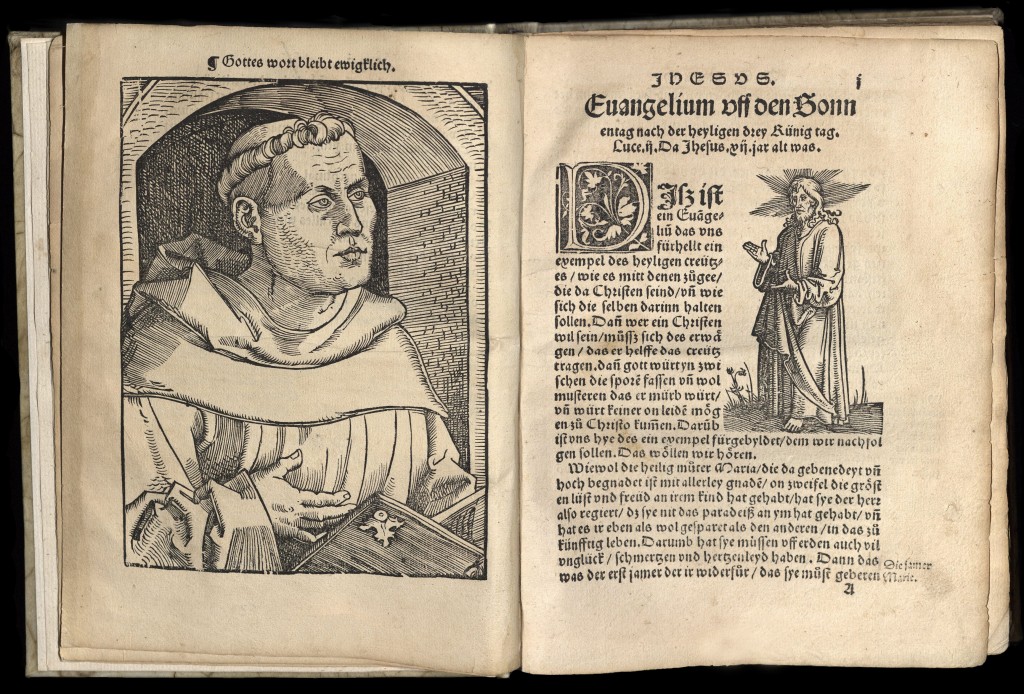 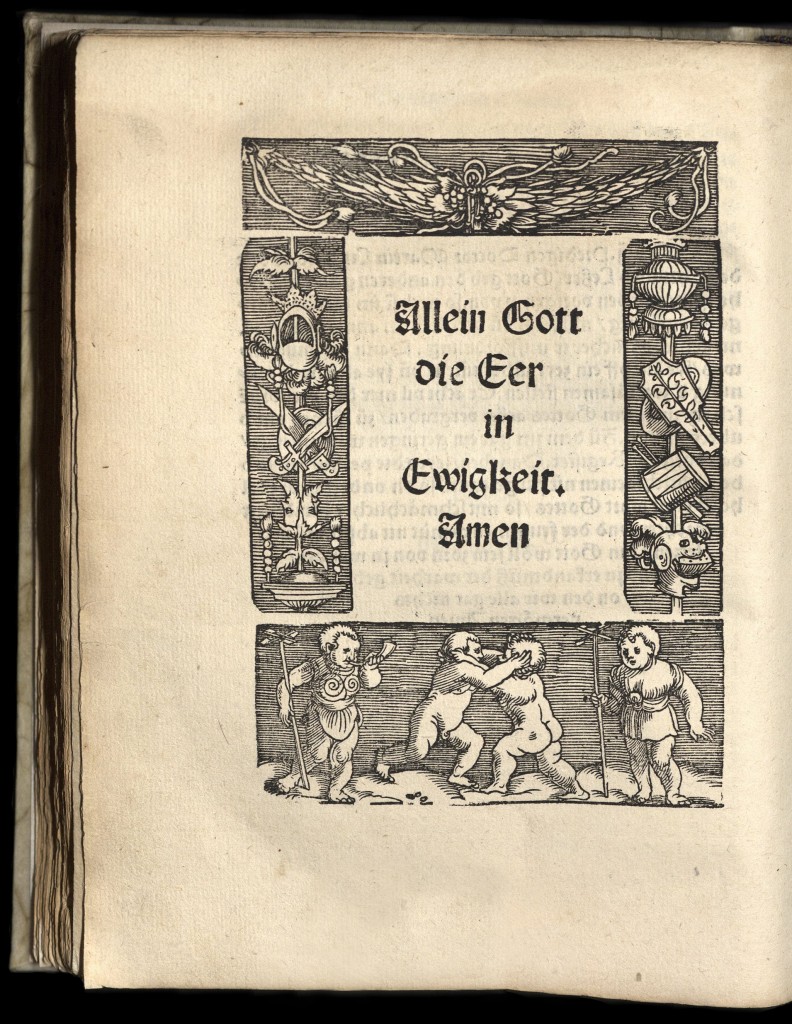