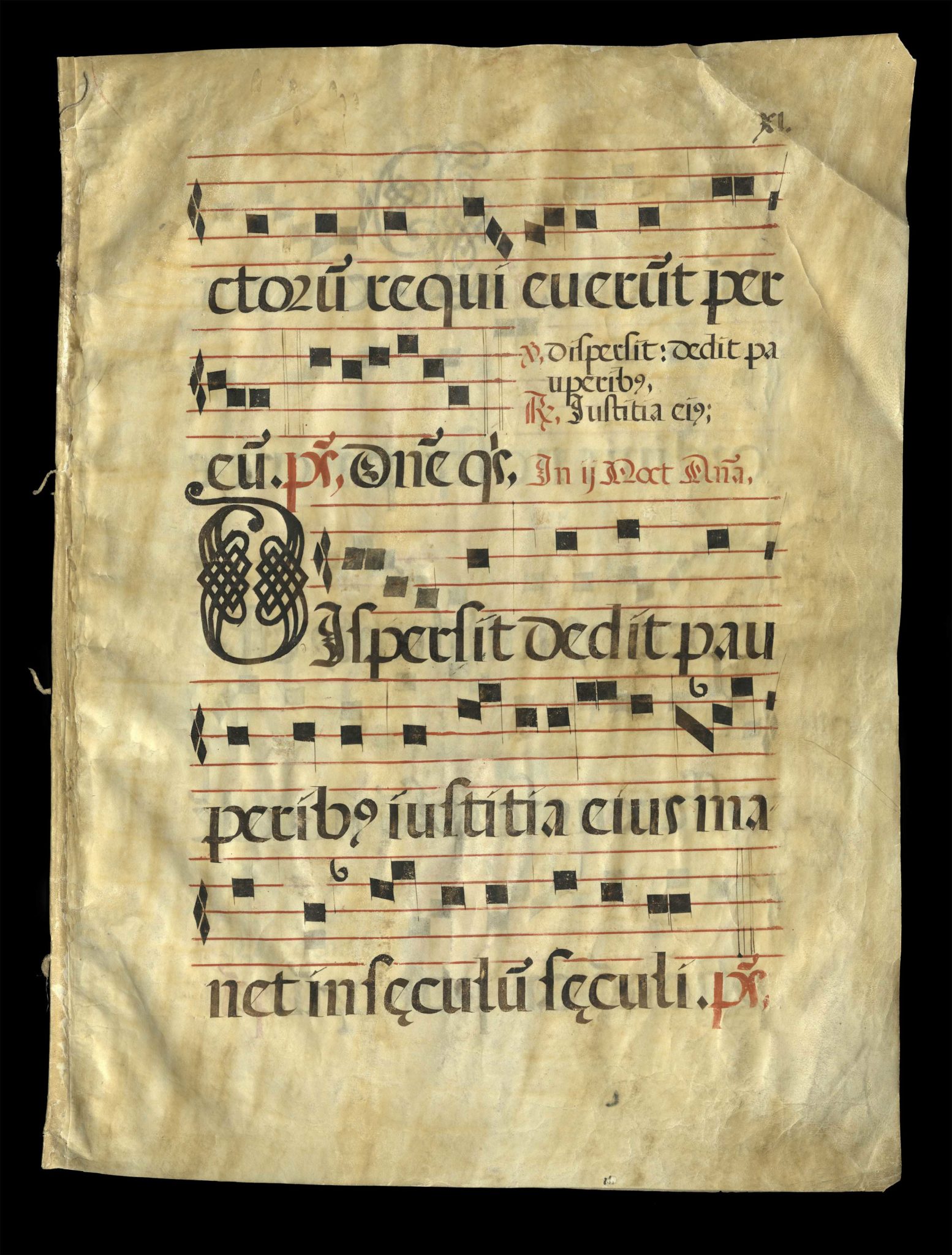 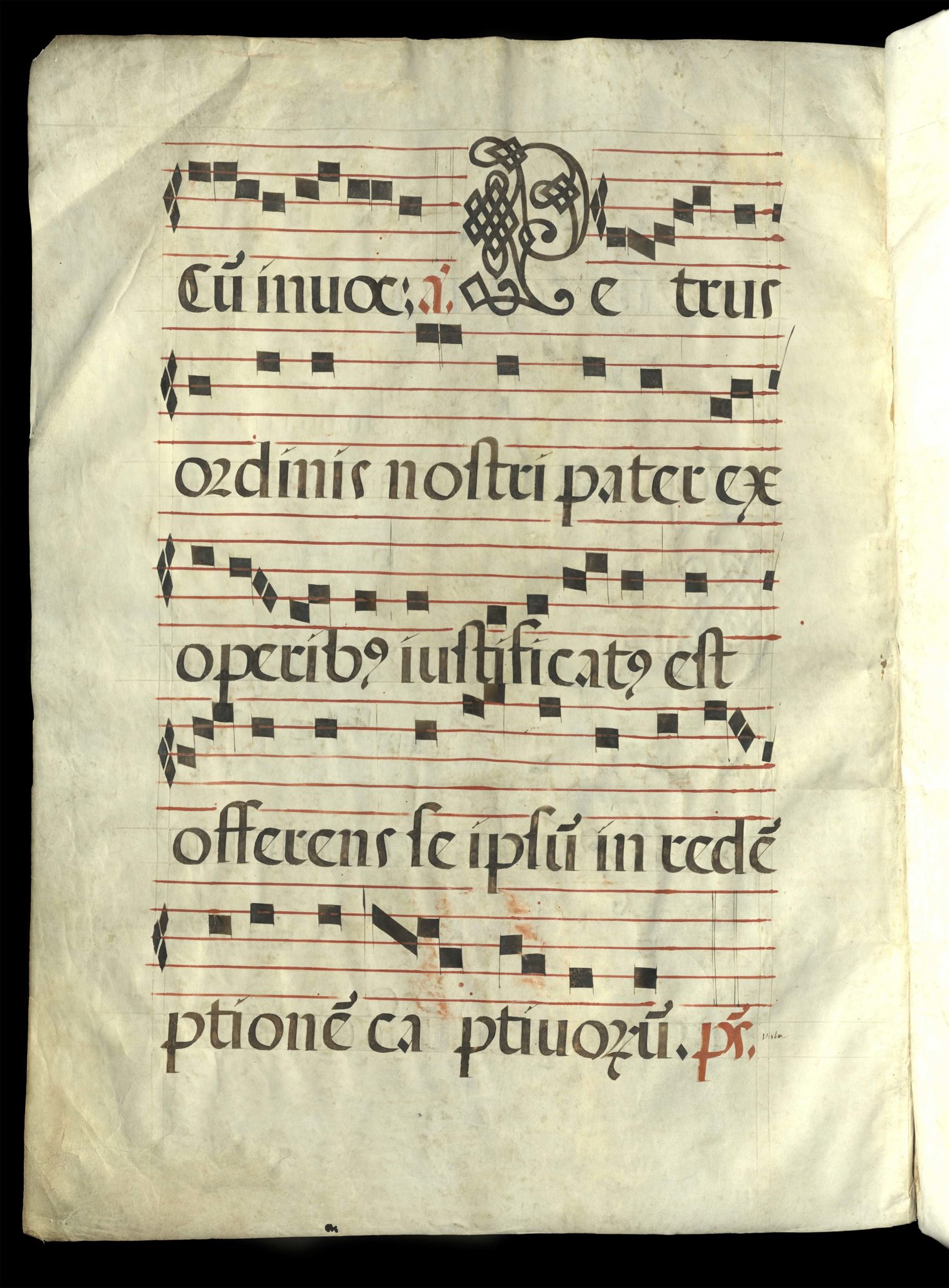 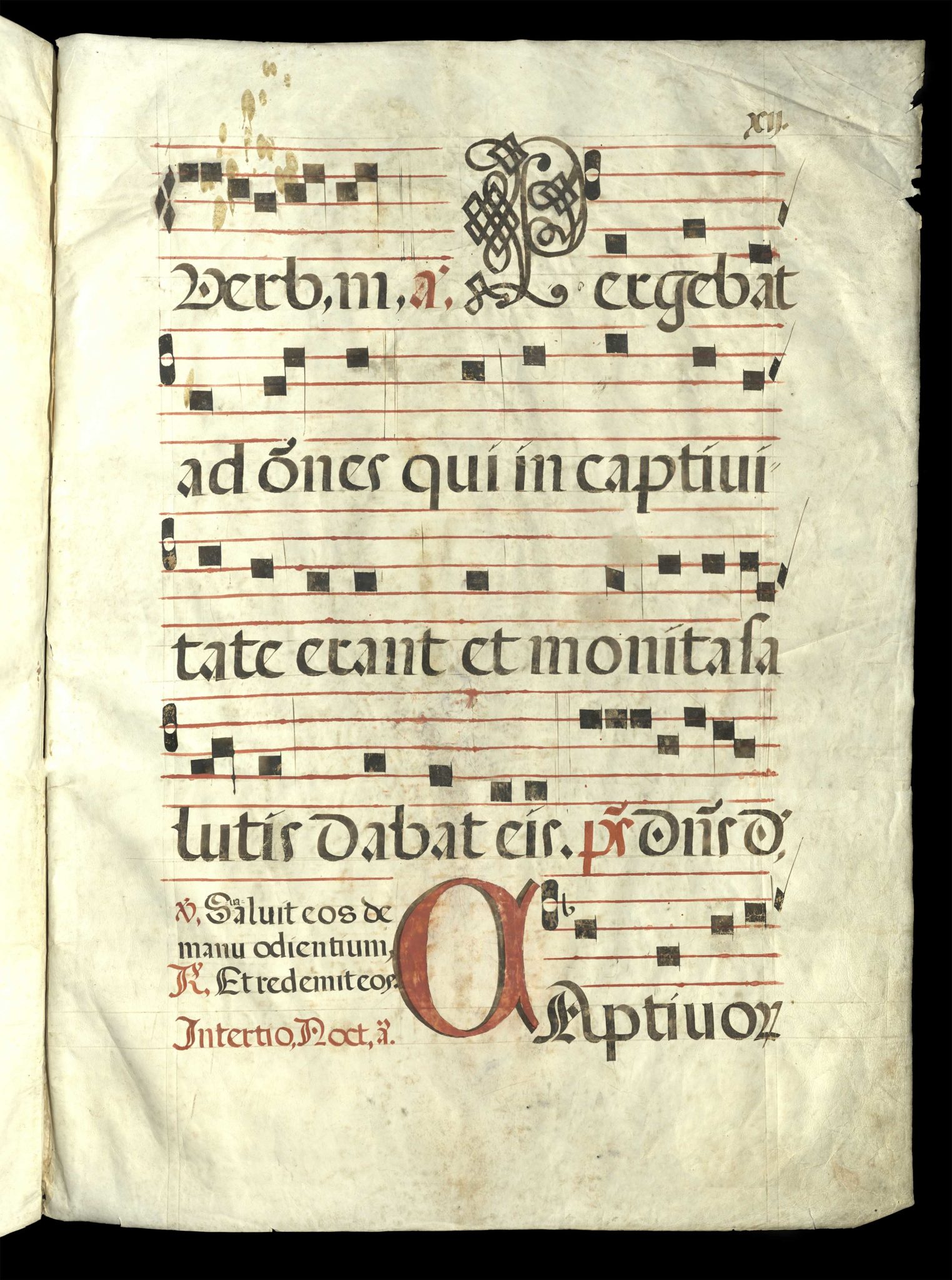 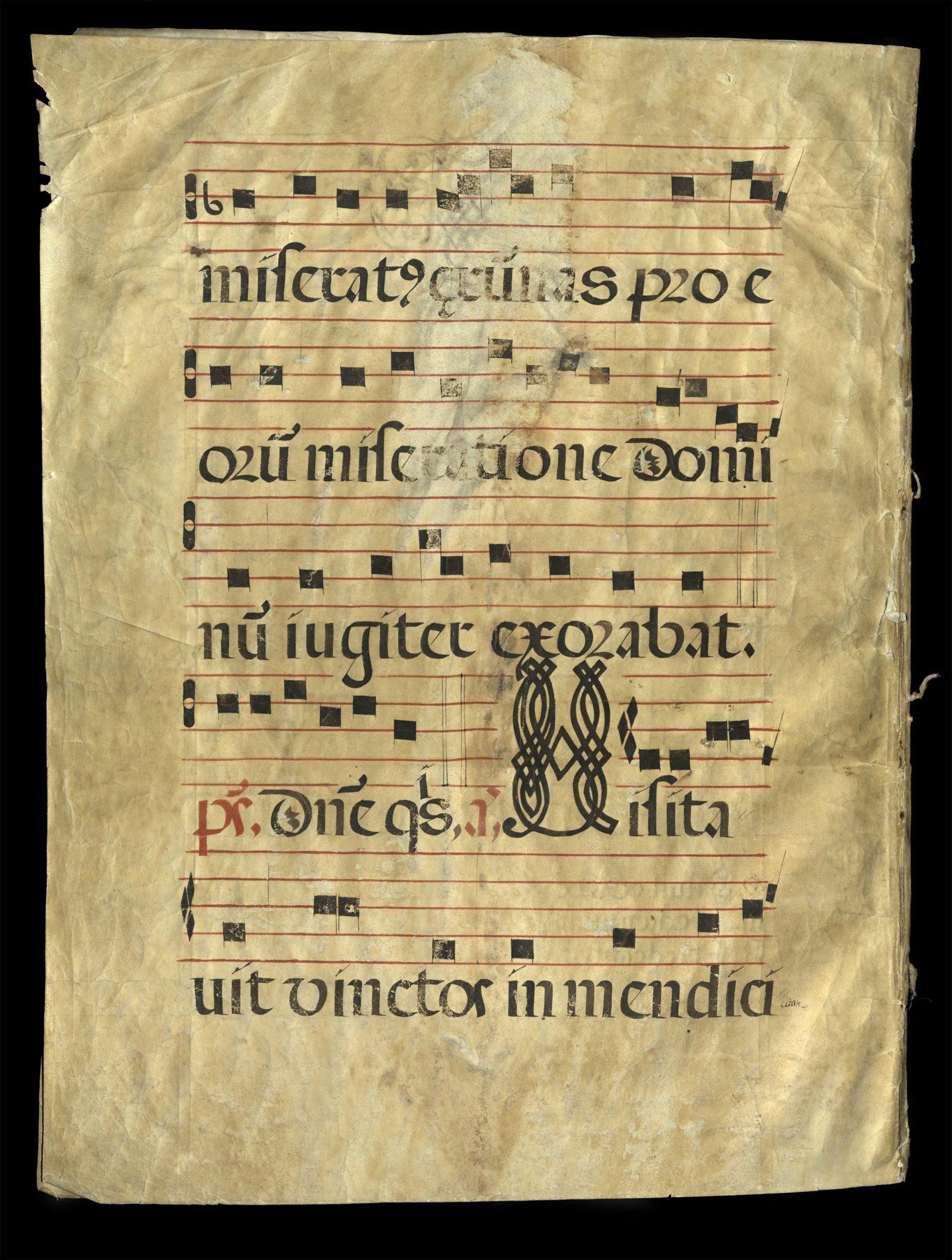 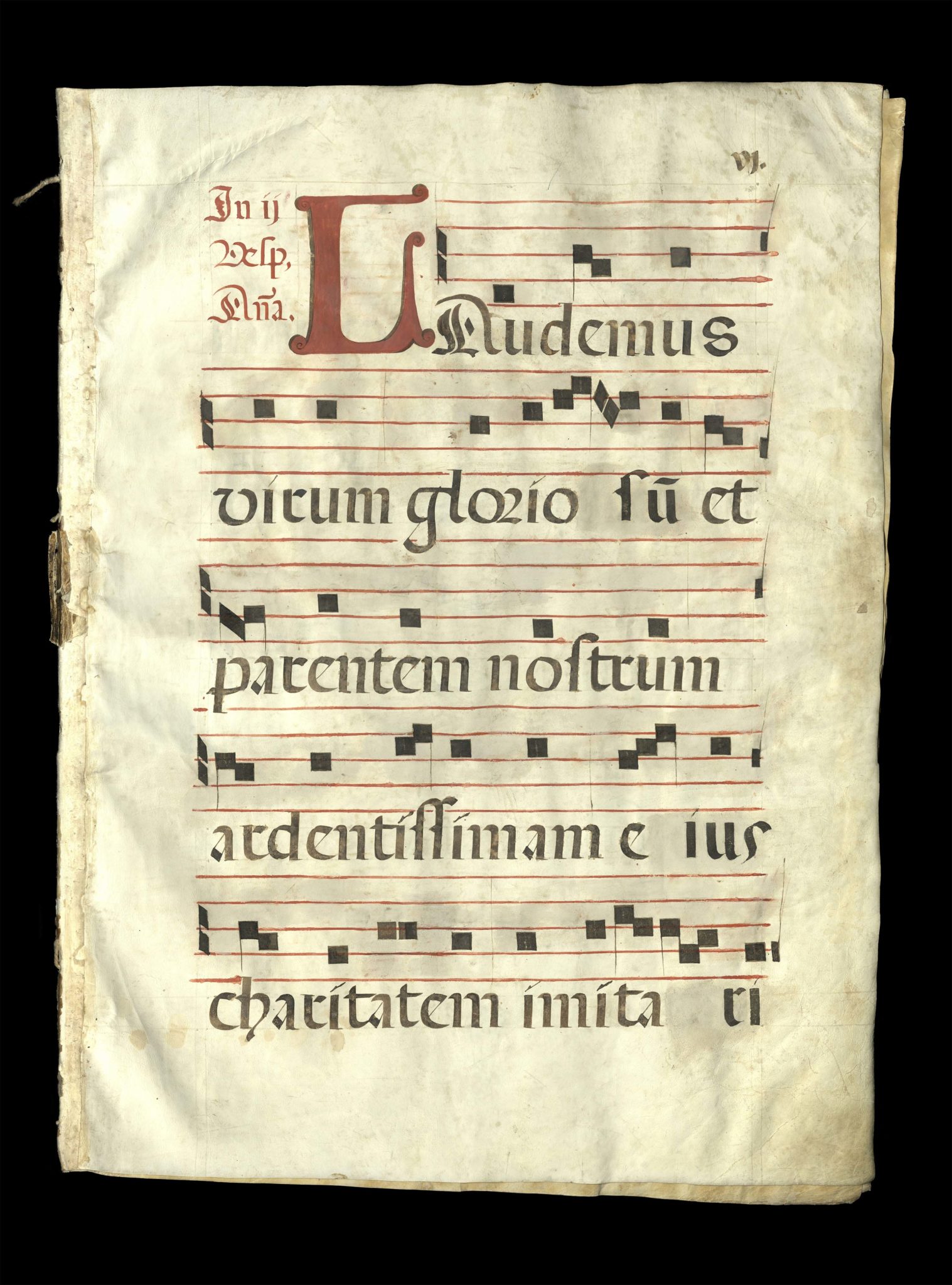 Let us praise the
glorious man
and our parent/founder; let us try
to imitate his most ardent
charity, 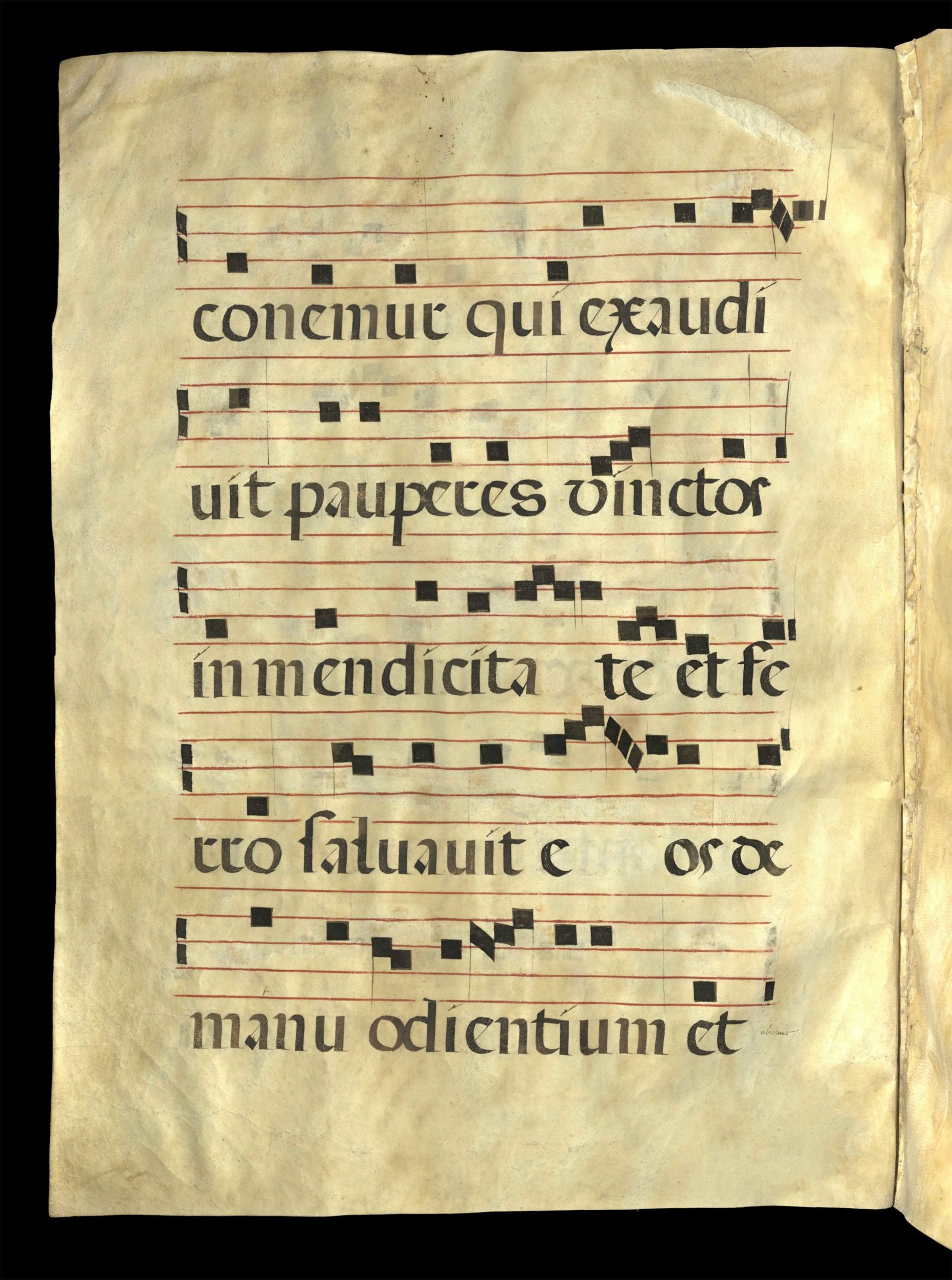 who heard the
poor bound
in poverty and by the sword;
he saved them
from the hand of those hating them and… 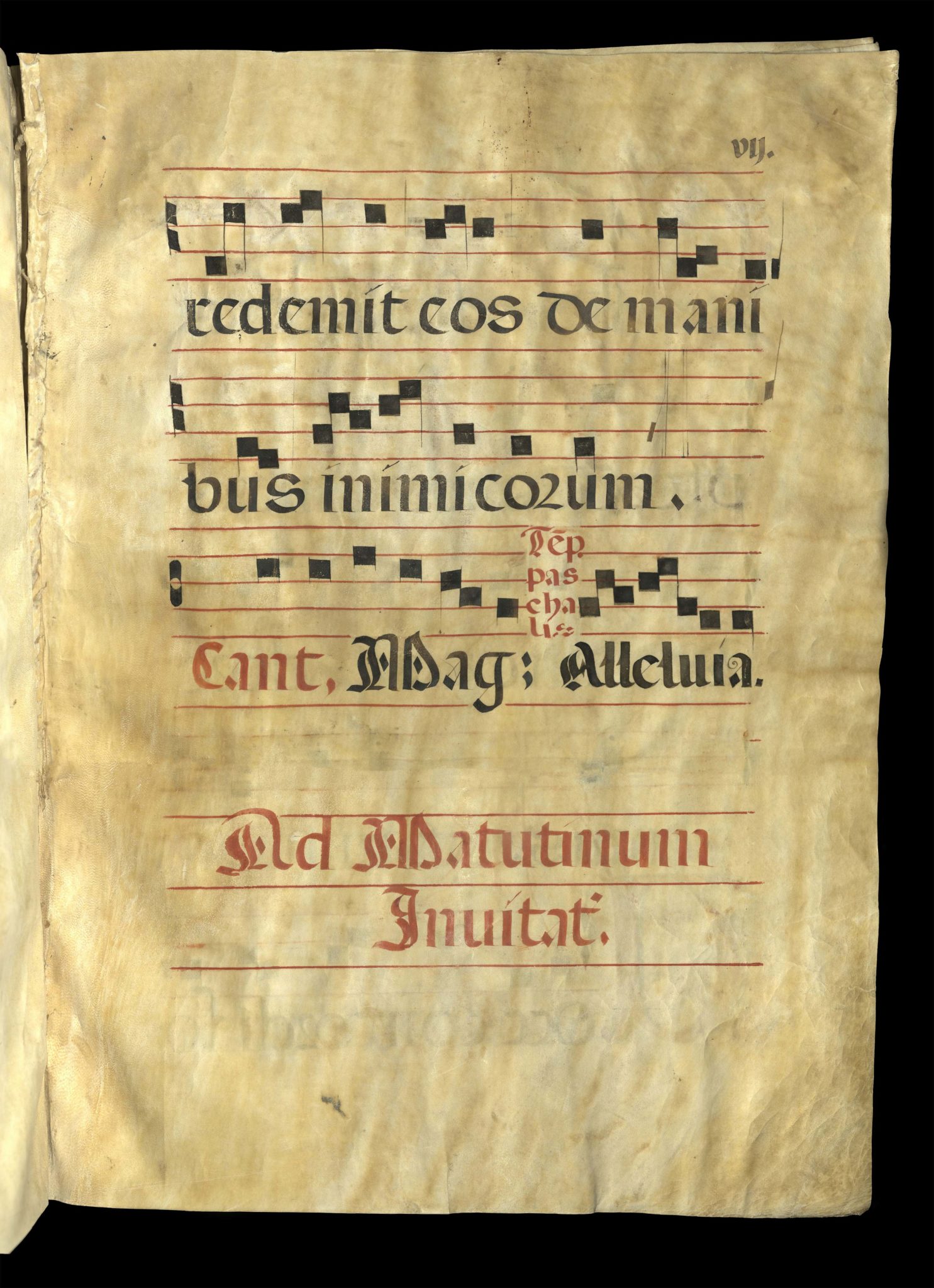 he redeemed them from the hands of their enemies.
Song “Magnificat” Alleluia
Invitation/Summons to Matins 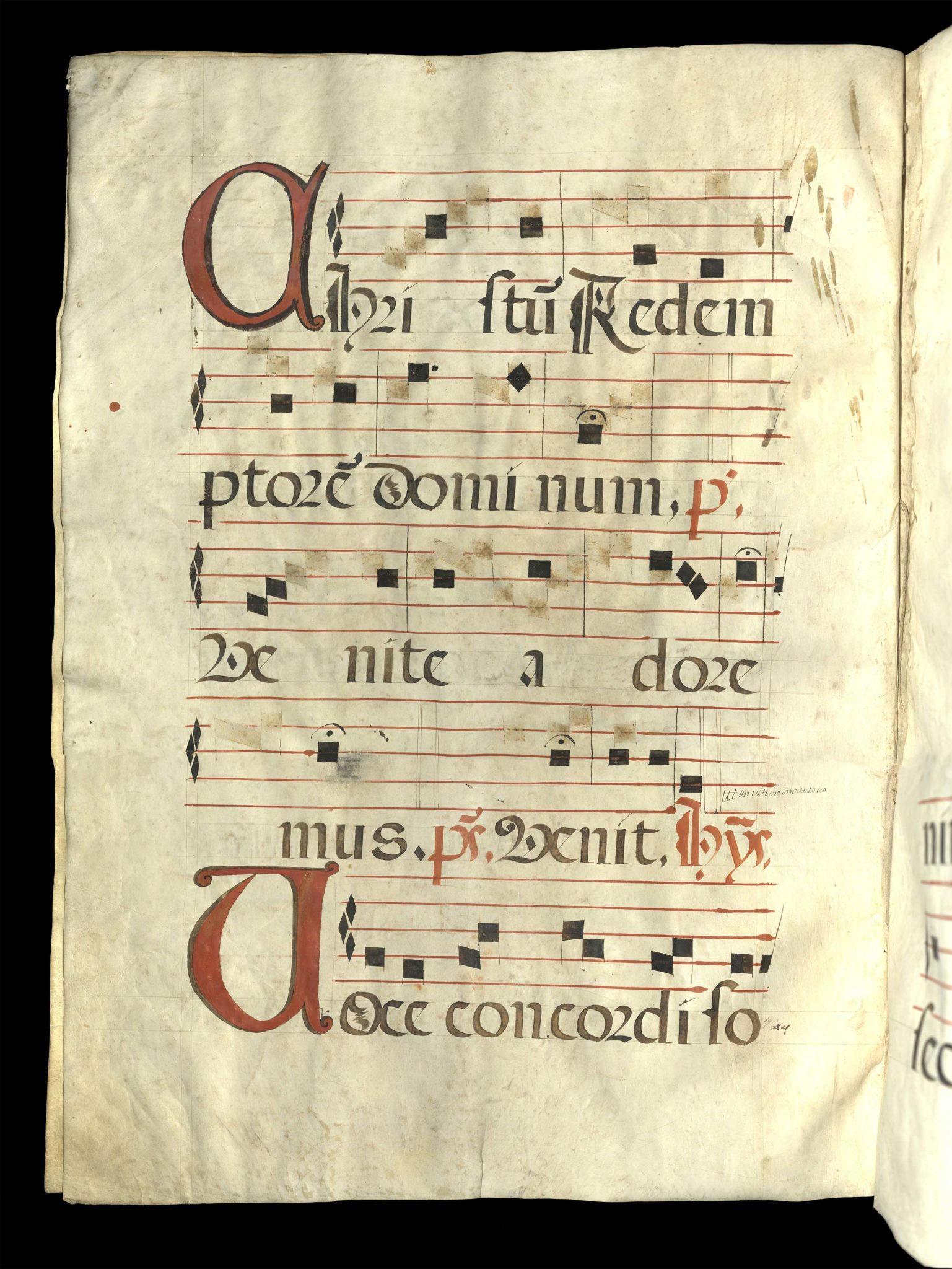 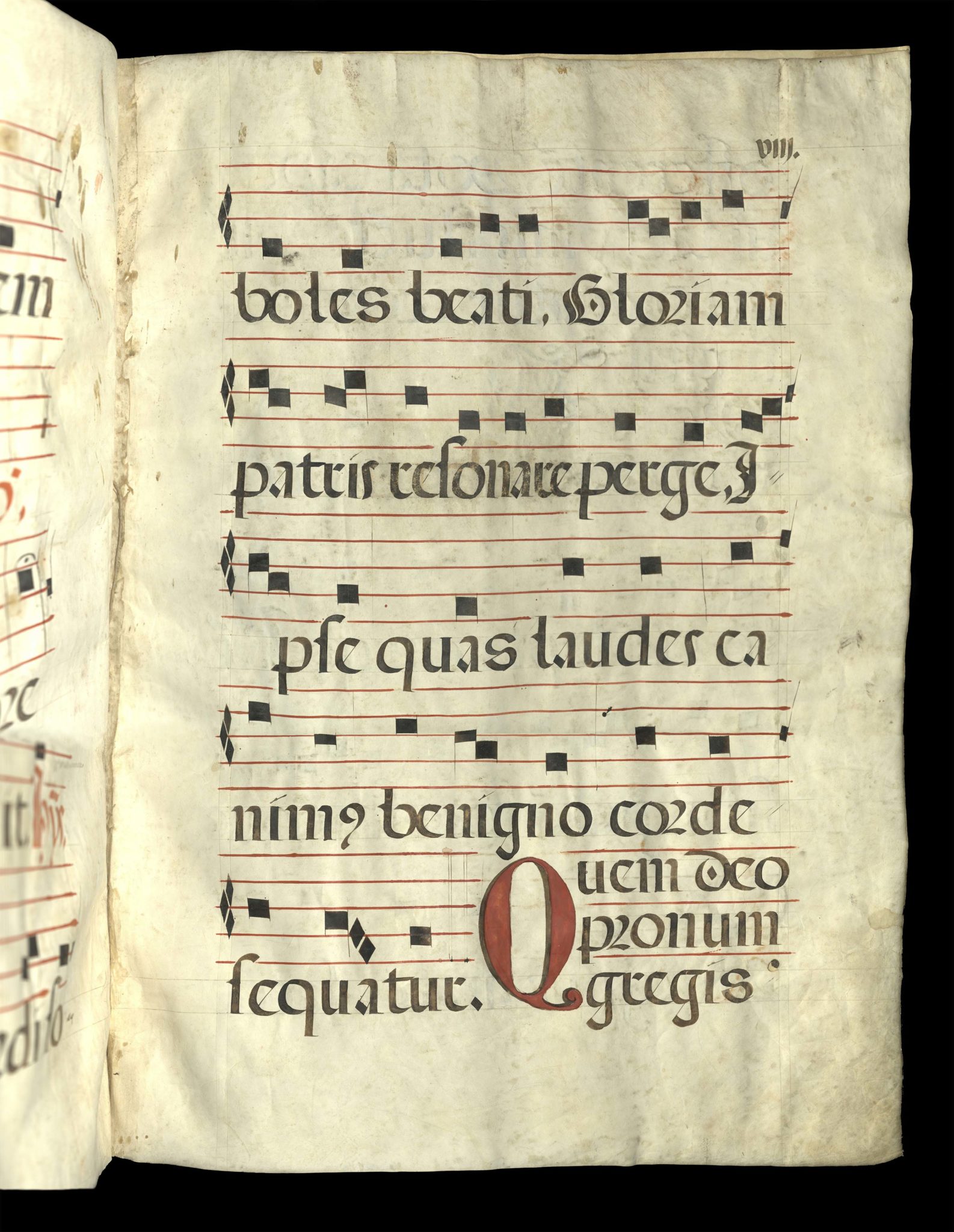 proceed that your offspring may
resound the glory of the blessed father.
Let he himself continue
the praises that we sing
with a benign heart whom
offering the first of the flock to God 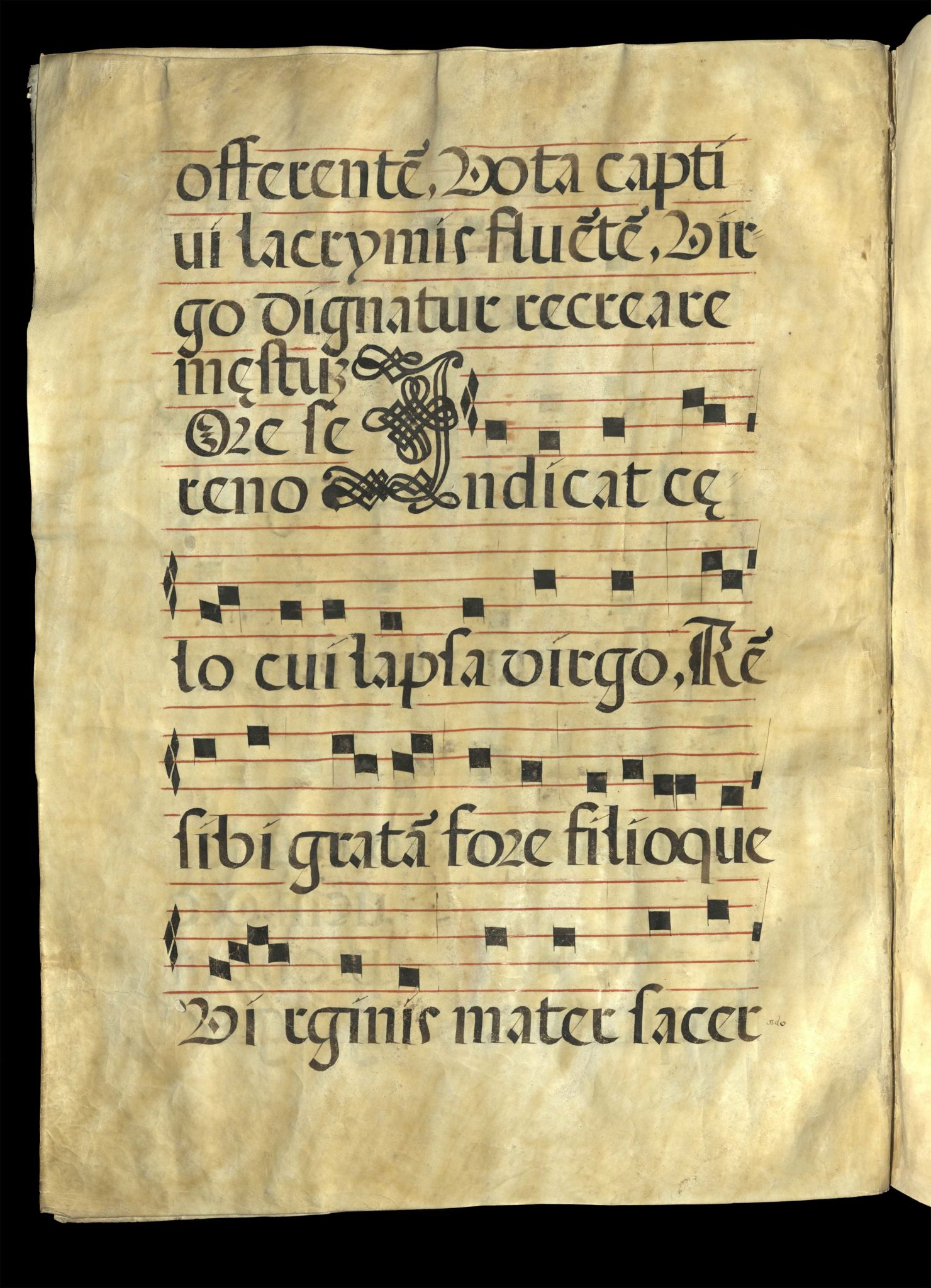 offering vows for the captive,
flowing with tears for the captive.
The virgin deigns
to revive the sad
with a serene face. The virgin,
fallen from heaven, indicates
that the affair would be pleasing to her
and to the Son of the virgin mother let
the sacred 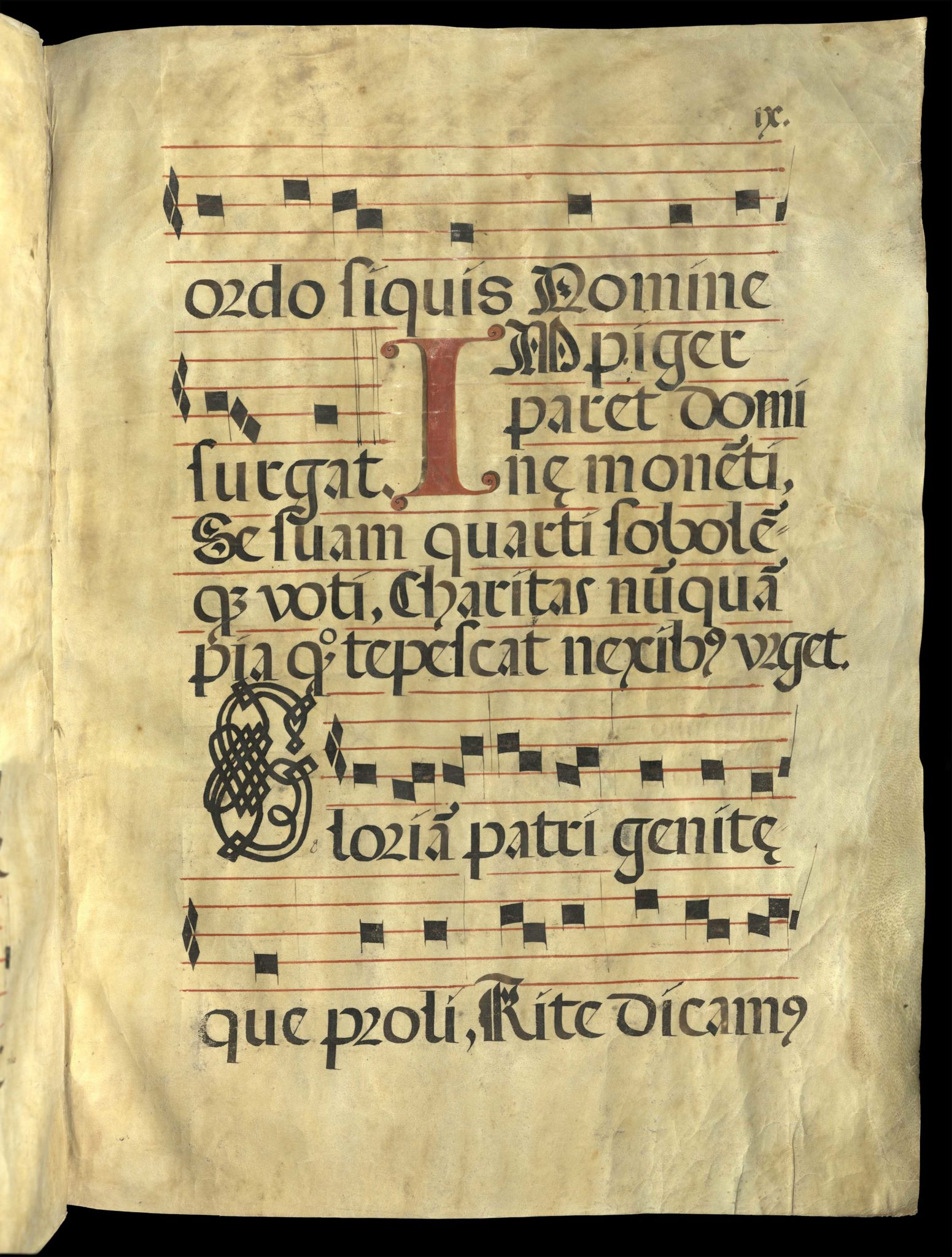 order arise in her name. Let the diligent
get ready for the Lord advising him
and his offspring of the fourth vow;
devoted charity by which he becomes
warm with love never presses connection.
May we say rightly glory
to the Father and to the Begotten Son 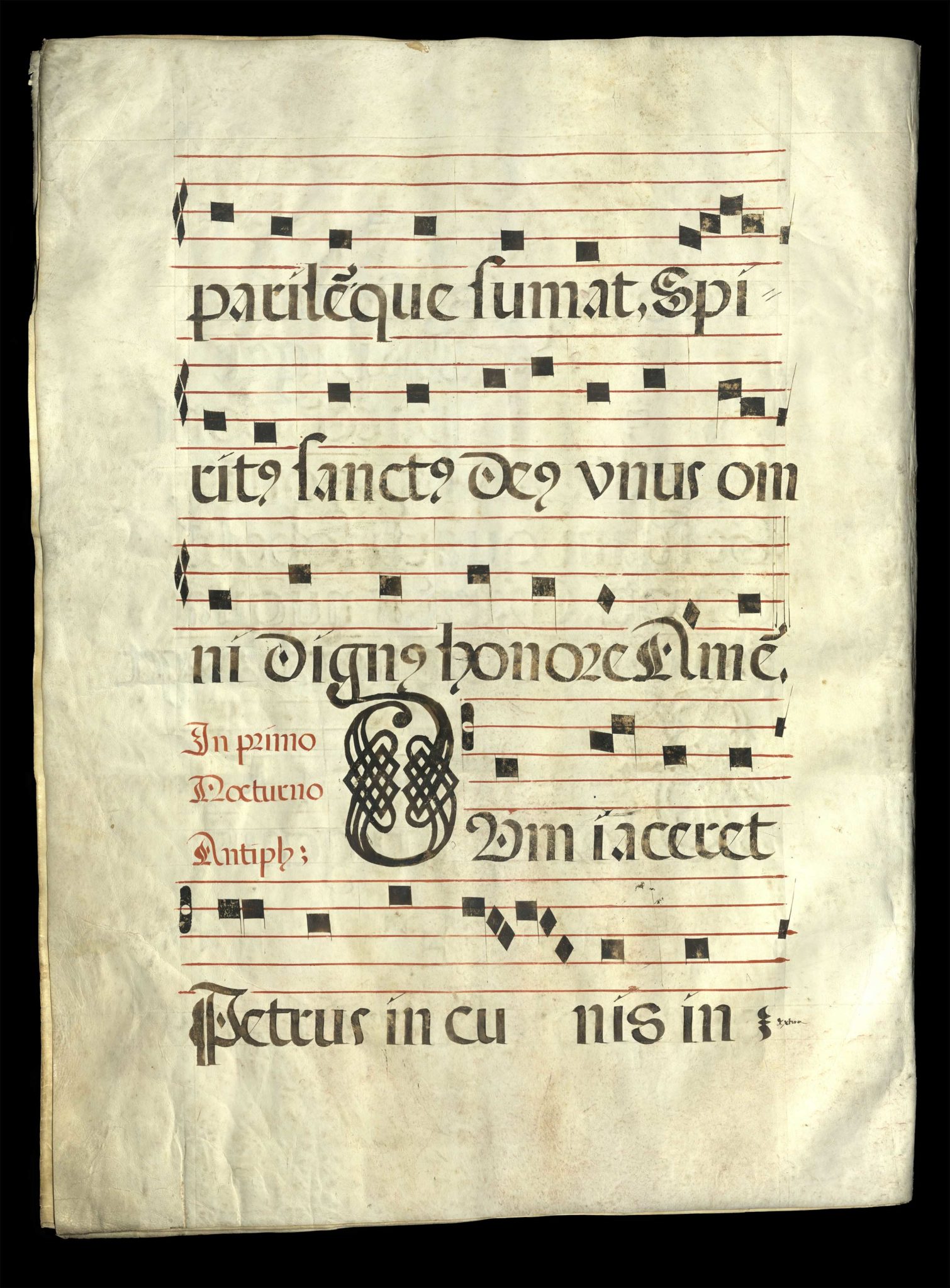 and may the Holy Spirit take equal glory.
one god, worthy of every honor. Amen.
Antiphon sung at the First Nocturn.
While Peter was lying in the cradle.

MS chant frag. 5 — Parchment leaves from the Proper of Saints, Feast of the Blessed Peter of Siena (16 March), Vespers/Matins.