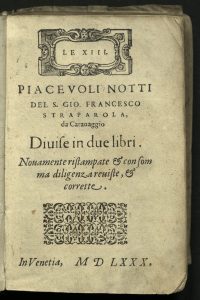 “A catt may look on a king”

James Howell, born in Wales and educated at Oxford, began his literary career in 1640 with the political allegory, Dendrologia: Dodona’s Grove, or, The Vocall Forest, an account representing the history of England and Europe through the framework of a typology of trees. He continued to write political tracts throughout the 1640s and 1650s, drawing material from Aristotle, Machiavelli, and others. Howell befriended many literary figures, including Ben Jonson and Kenelm Digby. In 1620, he became ill and was treated by physician and anatomist William Harvey.

Howell wrote Instructions for Forreine Travel in 1642, a book of useful information about safe travel in France, Spain, and Italy. Traveling in his own country proved to be hazardous, however. On a visit to London early in 1643, he was arrested in his chambers and imprisoned for the next eight years. He spent this time writing. He was released from prison at the Restoration of Charles to the throne and in 1661 was made Historiographer Royal.

Howell was a master of modern romance languages. Lexicon is a dictionary but also contains epistles and poems on lexicography; characterizations of most letters of the alphabet; and vocabulary lists organized in 52 sections, such as anatomy, chemistry, alchemy, women’s clothing, horsemanship, hunting, architecture, and a library. Howell collected proverbs in English, Italian, Spanish and French which are added in Proverbs, or, Old Sayed Savves & Adages. Benjamin Franklin used this book as a reference for his own Poor Richard’s Almanac.

In the frontispiece, engraved by William Faithorne (1616-1691), four female figures, emblematic of England, France, Spain and Italy, stand among trees with a helmeted figure to the right standing guard. This copy contains a later state of the engraving with initials identifying the countries represented. Half-title and title-page in red and black. Rare Books copy gift of Anonymous, for whose generosity and friendship we are ever grateful.