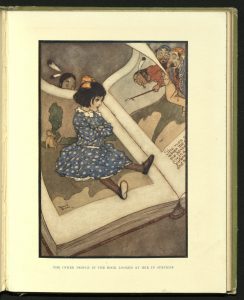 Mrs. Stawell wrote these tales for a little girl named Penelope. This book is illustrated with eight color plates by Edmund Dulac (1882-1953), one of the premier illustrators of the golden age of children’s book. Born in Toulouse, Dulac studied art in France. He became a British citizen in 1912. He is, perhaps, best known for his illustrations for Fairies. Reviewed in the British journal Outlook in November 1907, the reviewer focuses on the detailed and whimsical illustrations of bold design. Dulac took inspiration from textile design and Japanese prints to depict the vibrant stories. 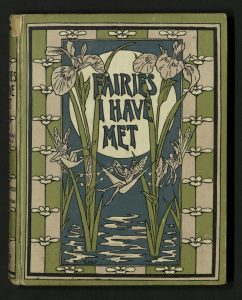 Recommended reading: For a modern-day, adult fairy tale, appropriately creepy to the season, we recommend The Changeling by Victor LaValle, in the Browsing Collection, PS3562 A8458 C48 2017 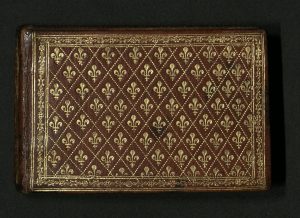